Soccer, a mirror of the corporate world | Fortune 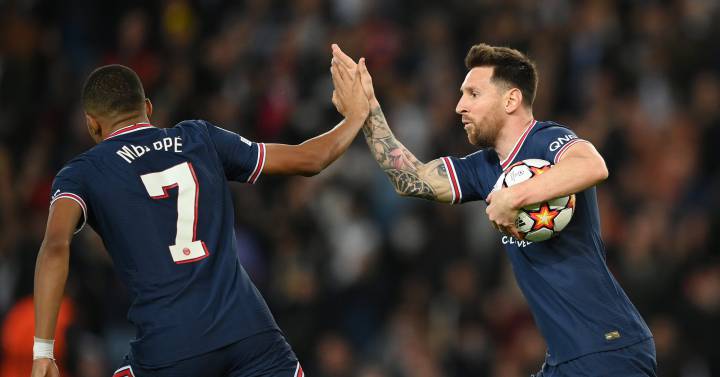 In the corporate sphere, comparisons between the world of football and human resources are frequent, but the similarities can also be extrapolated

This is the case of Paris Saint-Germain (PSG), owned by the Emir of Qatar, Tamim bin Hamad Al Thani; Manchester City, which belongs to Mansour bin Zayed Al Nahayan, son of the President of the United Arab Emirates; or Newcastle, which has recently been bought by the Public Investment Fund (PIF), an investment fund managed by Mohamed bin Salmán, the crown prince of Saudi Arabia. “Big states are entering with a lot of budget behind that break the market,” Jiménez sums up.

This also happens with managers and professionals. “20 years ago it did not happen, but now there are many who go to countries in the Middle East because there they charge a lot and they do not have to pay taxes. That in high salaries is very noticeable ”, continues the consultant. Thus, part of the world sits at the board with different rules of the game. &#8220;In Europe we have fair play rules whereby no more than x percentage can be spent on footballers&#8217; accounts, but Qatar, for example, which is not a European state, does not care,&#8221; he illustrates. A problem that occurs because it is not only football that is on the table. “His strategy is different from everyone else. They do not want to build a league, but to be present at the international level. They seek to gain prestige and wash their image through soccer teams, ”Jiménez insists.

However, to ensure the sustainability of the club, it is important to look at the sports field. This is how Pablo Burillo, professor of Sports Management at the European University and director of the MBA in Sports Management at the Real Madrid-Universidad Europea University School, sees it, who considers that a team is just another company, although its main objective is to win titles, not only economic performance. &#8220;No fan goes to a square to celebrate the financial statements, but they do need to be successful in sports,&#8221; he says. In the same way that developing a good product, or having a winning team, will also contribute to financial achievements.

The main difference, says Burillo, is that in football it is interesting that the competition does well, in order to achieve a competition that attracts more spectators. “If the Spanish league is more balanced, there will be more uncertainty, people will tend to see it more than if they know from the beginning what is going to happen. The better my rivals, the more money I earn ”, says the teacher. The pure monopoly in soccer does not work, although it is a very closed industry. In the end there can only be 20 teams that share the cake, while in other sectors anyone can innovate and break the market.

But football can also contribute its grain of sand to the corporate world. The last closing of the transfer market was hectic, some clubs had several contracts prepared in case they managed to reach a last minute agreement to sign the most sought-after players. The executive director of the sports management startup Director11, Sergio Casalins, explains that the complexity is due to the large number of stakeholders (the player, his agent, his family, the home club, the destination club, the training club. ..), as well as the performance variables that are usually incorporated (automatic renewal if a certain objective is met, a bonus for exceeding the set goals &#8230;).

Companies could incorporate this sophisticated approach into their contracts to retain better talent. Specifically, Casalins highlights the fact that they financially compensate the club where the footballer started, since they assume that thanks to those first steps he was able to take off. &#8220;In a country with so much youth unemployment, having to compensate the first company in which they worked could encourage them to bet on young talent, with less suspicion to train someone and leave once trained,&#8221; he sums up.

Tags: contract, business, club
Jay Z, about to become the owner of a football team
The Community places golf as the axis in the strategy to reactivate tourism after the pandemic
Costa Galana Golf Challenge Cup opens its call for 2021
FOOTBALL 688