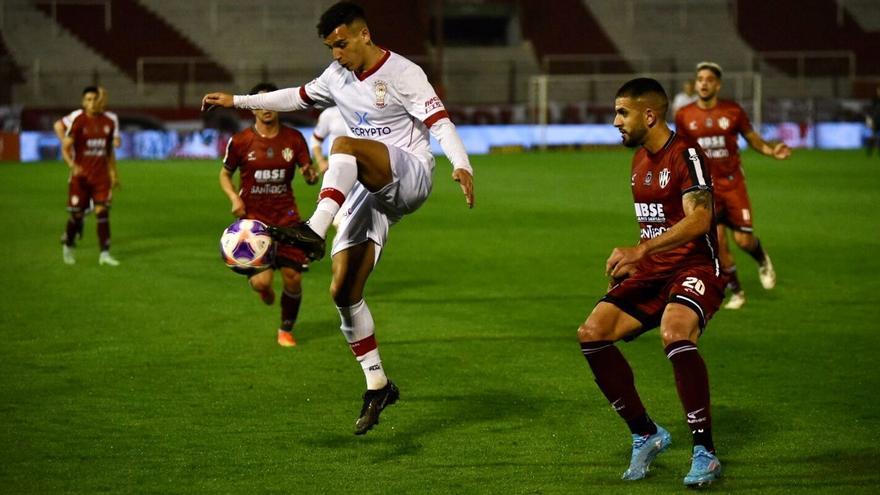 The leader, who is one point away, plays this day against Banfield

Hurricane defeated this Thursday by 2-0 a Central Cordoba of Santiago del Estero, at the beginning of the seventeenth day of the Professional League Tournament of Argentine soccer, and was temporarily as an escort to a unit of the leader Atlético Tucumán. Two penalty goals from Franco Cristaldo They allowed the ‘Globo’ to add their eighth victory to reach 31 points in the classification, in the game that marked the beginning of a new day of the gaucho contest.

The day, which will continue this Friday and end on Monday, will have another 14 games to play, among which the presentation of the leader from Tucuman against Banfield, the crossing of Colón as a local against Boca Juniors, the presentation of River Plate as a local against to Barracas Central and the duel between Racing Club and Argentinos Juniors.

In addition, Gymnastics will receive Independiente, San Lorenzo will visit Defense and Justice, a beaten Vélez Sarsfield will meet Newell’s Old Boys and the surprising Godoy Cruz will receive Arsenal in Mendoza.

Tags: Argentina, Football
NFT and Fan Tokens excite fans
HBO announced the premiere of “Bilardo, the soccer doctor”: everything you need to know
The world of soccer surrenders to the 35th birthday of the Argentine
FOOTBALL 3661

Loading...
Newer Post
Boxing coach whistleblowers say they still suffer consequences after abuse
Older Post
Carlos Vera, born and raised in Manta, could make it to the UFC if he wins on September 23 at the Fury 69 event | Other Sports | Sports