Soccer, Boca Juniors and a splash to Macri in Madrid 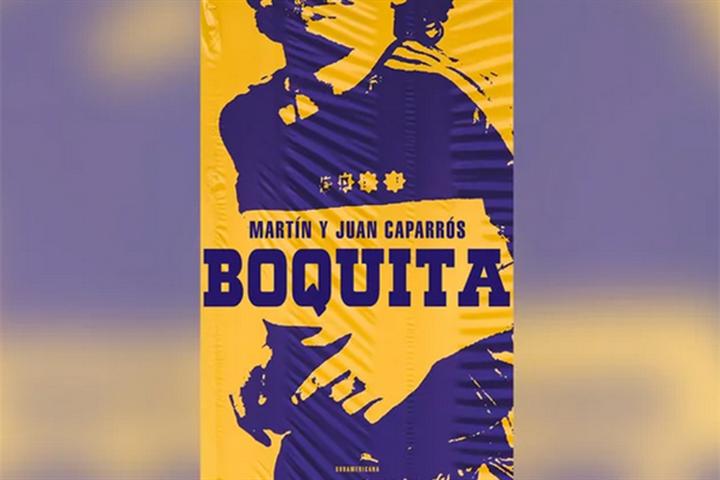 Martín and his son Juan Caparrós launched themselves into the Casa de América in Madrid to conquer an audience fascinated by the ease of the verb of these two Argentines, writers and journalists both, in the Boquita string, which covers the best moments of the Boca Juniors .

However, a wide threshold rich in reflections was needed, and Martín was in charge of answering Juan’s concerns to analyze the genesis of the aptly named sport of the multitudes.

“In truth it is a simulation, a paripé or theater that occupies an inordinate place. It has something, of course, because achieving, for example, the 2018 World Cup final in Moscow with 1,100 million viewers following the match (France-Croatia), is crazy,” said Martín.

Juan completed the idea by emphasizing that 22 people behind a ball looking for a goal a priori would not be very attractive.

“It is a cultural phenomenon that is based on its simple rules, easy to understand. It does not need much to play for and contains the mystique of the goal, something that is not always achieved and attracts extraordinary attention”, Martin specified.

The other, not minor, issue is that football offers the feeling that the boys can beat the big boys, something that actually happens very rarely, especially in times dominated by huge amounts of money, he said.

Boquita, the book, tries to understand what it means to be a fan or, better: to be a fan of Boca”, based on stories and testimonies from soccer players, coaches, journalists and academics, from the origins of the tradition, the effects produced by the irruption of money, television or the before and after that marked the arrival of Diego Maradona.

Martín Caparrós related anecdotes with the former Argentine president Mauricio Macri, when he assumed the leadership of Boca Juniors, his political distances and certain not very legitimate practices of the character in operations with the soccer club.

Tags: informative note, sports, culture
The world football figure who asked Riquelme for a meeting
Boca-Ferro for the Argentine Cup: the madness of the fans to get a ticket
Outside the soccer bars
FOOTBALL 2731

Loading...
Newer Post
Boxing: A boxer who fights against Tyson leaves a rioter in the street KO: the video that millions have seen
Older Post
The most watched games in the history of the NBA Finals