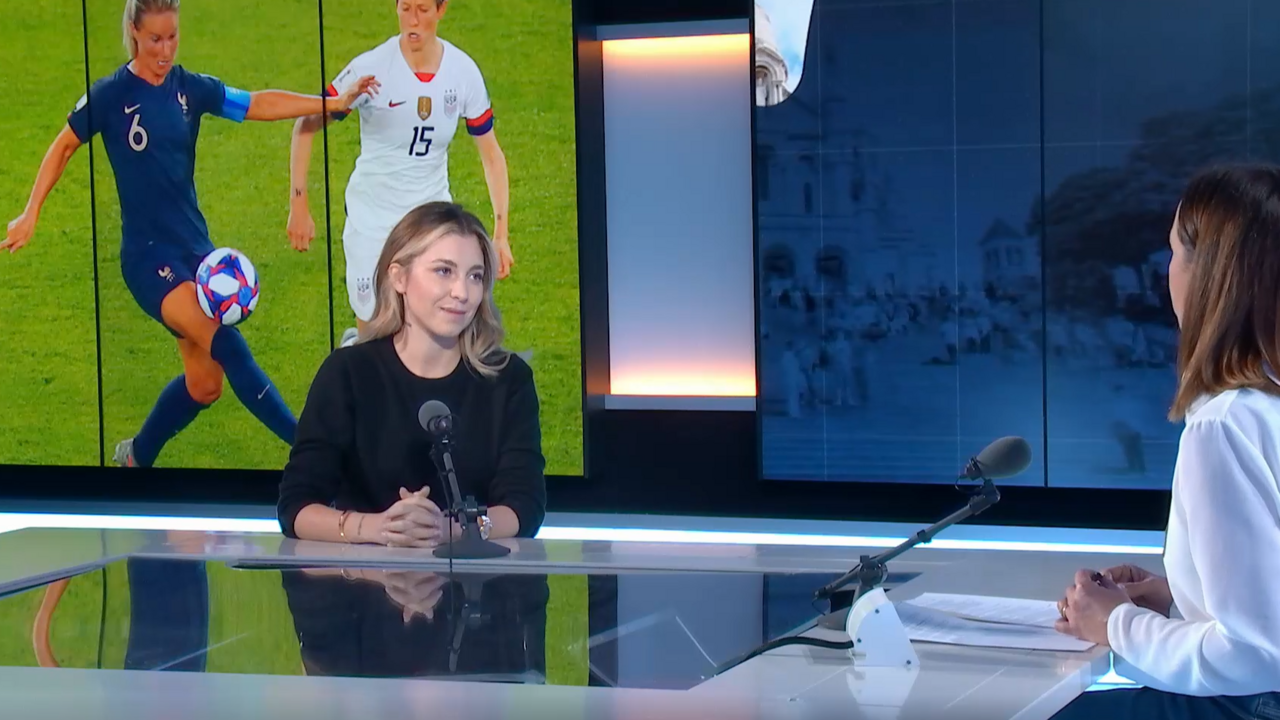 Women’s football is booming. Some countries have already taken the step to professionalize it, there are more and more players, more fans of girls’ football and brands are beginning to be interested. Even wages are starting to go up. We talked about the emergence of women’s football, its achievements and challenges with Victoire Cogevina, creator of the Gloria app and UN Women ambassador for gender equality in the world.

Last Monday, apart from Lionel Messi, shone at the Chatêlet Theater during the delivery of the golden ball, the Spanish, FC Barcelona player, Alexia Putellas, who took the award in the third women’s edition of the award.

Putellas took advantage of the moment to claim the professionalization of girls’ soccer. Our guest today, Victoire Cogevina, attended the ceremony, witness of the giant steps that women’s football is taking.

“It comes to disrupt an industry that for 100 years has operated in the same way, which is why it is so exciting for anyone who loves this sport,” explains Victoire Cogevina. “I think that today, brands, clubs, players and even technology professionals are accommodating ourselves to this Trojan horse,” adds this soccer lover.

Victoire Cogevina knows this industry very well. He fell in love with this sport in Argentina, where he spent part of his childhood, a fan of Racing de Avellaneda, Cogevina founded with his mother in Miami (Florida), where he currently resides, the first soccer player agency run exclusively by women. He also launched Gloria, an application to connect soccer lovers from around the world.

The country where women’s football is more important than men’s is the USA and other countries can learn a lot from it. “’Athleticism’ is what the Americans have done best. The players are being trained very early, at the age of five or six. In the rest of the world this is not happening. Thanks to ‘athleticism’ we can see players who play the 90 minutes with great quality. When we see the US national team play against any other team, they almost always have an advantage, ”says the entrepreneur.

But in Europe there are things that are being done better such as the work of the clubs with the brands. “The US has a lot to learn from franchises or brands established in Europe. Here we are seeing clubs like Barcelona, ​​Real Madrid or Bayern Munich, PSG, which are clubs with many years in football, developing their brands for women that are obviously recognized all over the world ”, he underlines.

Salaries for professional league footballers are on the rise

The comparison of salaries between men and women footballers is scandalous. According to Forbes magazine, the highest paid players in 2021 are Cristiano Ronaldo from Portugal with $ 125 million (salary plus bonuses) and Lionel Messi from Argentina with $ 110 million.

In the case of girls, the club that pays the best is the French Olympique de Lyon. For example, at that club, Amandine Henry earns almost $ 400,000 annually. “If we consider that two years ago the highest salaries were $ 100,000, and that was already crazy, I think we are obviously seeing a clear growth on that side and I am very convinced that in the next 10 or 15 years we will see gigantic growth and equality in the matter of salaries because footballers are going to become athletes followed by many other women as well and a new audience will be introduced, until recently reserved for men, but there is still much to do ”, Defends Cogevina.

In practically all Latin American countries the king of sports is soccer and the women’s game is making great strides, especially after the last World Cup. “In Argentina women were not professionals and today they are and this is making women’s football grow by leaps and bounds and that they play at an early age. Soccer technique is in the DNA of Latin American women, ”she says.

Soccer as a path to empowerment

As UN Women Ambassador for Gender Equality in Soccer, Victoire Cogevina is making a documentary with the story of various female players in different countries around the world. They have started in Brazil and the story of a soccer player who wanted to play soccer from a very young age, “the father did not want to, but the mother decides to collect the money and score it. And now she is a professional.”

“Soccer can generate gender equality. I think that when you see stories of women who have achieved things in soccer, it is evidence of gender equality because this sport was always for men, ”explains Cogevina.

# EscalaenParís is also on Facebook. A program coordinated by Florence Valdes, performed by Souheil Khedir, Fabien Mugneret and Thibault Baduel.

Tags: gender issues, Collective sports, Stopover in Paris
VIDEO. Osael Romero is a champion in US amateur soccer.
It’s just football – Levante-EMV
“Football and family are my passion and my life”
FOOTBALL 3675