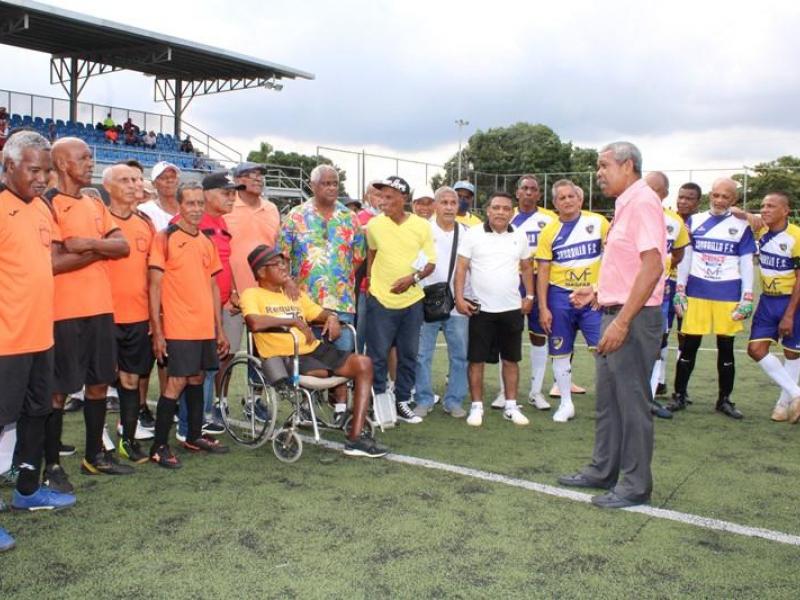 The Panama Master 60 Soccer League dedicated its championship match to the soccer team that won the gold medal at the first Central American Games, held in Guatemala City in 1973.

The field of the Elena Ch. de Pinate Sports Complex, in Juan Díaz, was the scene of two great matches for first and third place.

“Recreational tournaments like this one unite soccer players who, despite their age, love this sport, they carry it in their blood, and especially all those who once gave glory to Panama and are still active,” said Tomás Valencia, exselected.

This championship, which included the participation of 12 representative teams from different neighborhoods of the capital city, ended on Saturday, August 13, in the presence of great glories of national soccer, with FC JARC emerging victorious.

Tags: Digital Writing The Century, Football, Central American and Caribbean Games
Versus / European football remembers Roque Santa Cruz on his birthday
Olimpia is consecrated two-time undefeated champion of women’s football
This is the calendar and schedules of week 1
FOOTBALL 3746