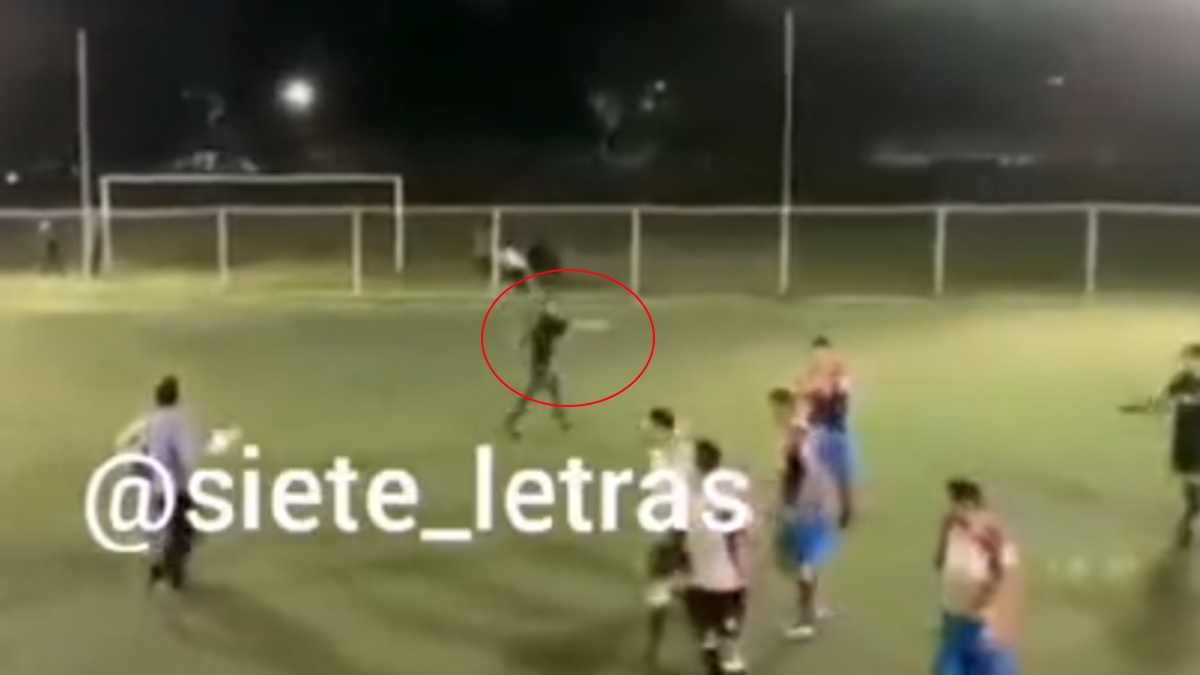 In Azcapotzalco, a soccer 7 game ended when a subject broke into the field, shot at the referee and the fight broke outA match of soccer 7 in the a

In Azcapotzalco, a soccer 7 game ended when a subject broke into the field, shot at the referee and the fight broke out

A match of soccer 7 in the area of rosary beads, on the town hall Azcapotzalco, ended when a person broke into the field and attacked with a firearm the referee.

According to reports, the events were recorded on Monday night between two teams called Barcelona and San antonio, during the second half.

On the benches, players and subjects staged a fight that ended until a shot was heard.

Bullets in soccer field in @AzcapotzalcoMx.

It happened yesterday, on the FTV El Rosario. A wounded. No authority.

“Hit his mother,” ordered one. pic.twitter.com/iLskxICGib

It hit me in the leg, ”shouted one of the footballers, who asked for an ambulance to be called.

At the same time, the players of the other team move away from the site.

So far, the state of health of the referee and the soccer player who were shot is unknown.

The Azcapotzalco authorities have not commented on this fact.

“HE WANTS TO KILL HIM SON OF HIS FUCKING MOTHER”
This is how this soccer game ended on a soccer field. @AzcapotzalcoMx
A BULLET Vs the referee, and hits the opposing team.
Everything was broadcast live on the Facebook of the “Super league FTV El Rosario”.
A bullet “went through” a man. pic.twitter.com/CrgWdU0tO2

With information from López-Dóriga Digital

Casillas on Ramos: “Whenever a friend leaves, it’s hard to see him at another club” | sports
Barcelona returns to the path of triumph after defeating Levante
Bruges – PSG | Soccer: Result, summary and goals
FOOTBALL 335