Soccer injuries due to covid, swimming, Federer and the referees 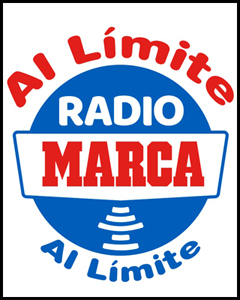 Monday, September 19, 2022, 09:37 A study on the influence of covid on the injuries of soccer players and the false myths of

A study on the influence of covid on the injuries of soccer players and the false myths of swimming, were the topics of Saturday’s “Al Limite” program. In the Tertulia on Sunday, they talked about Alcaraz’s victory at the US Open, Federer’s withdrawal, the resurgence of Spanish cycling and the agreement with the soccer referees.

– In the athletics section, the most important events of the weekend were discussed.

– The next guest was María Espín, Councilor for Sports of Alcobendas.

– The Francisco University of Vitoria has carried out a study on the influence of covid on the injuries of soccer players. Investigator David Varillas intervened.

– Interview with Rafael Nogués, professor of Physical Education in Cullera, who participated in the start of the political course and asked Pedro Sánchez for more sport in schools and better use of sports facilities.

– Néstor Requejo, member of the Governing Board of the Professional College of Physiotherapists of the Community of Madriddismantled the false myths of swimming.

– Fernando Soria Hernández commented on the news of Spain moves.

– Later, the contents of program No. 12 of TV athletes in Teledeporte and number 283 of Madrid moves on Telemadrid.

– The doctor Ana Maria Jara Marcos referred to the importance of abdominal strengthening.

At the Sunday gathering, September 18the following topics were discussed:

– Roger Federer announces his retirement from tennis at the age of 41.

– Carlos Alcaraz won the US Open and debuted as number 1 in the world.

– The revival of Spanish cycling. Three Spaniards finished the Vuelta in the Top 10.

– The soccer referees reach an agreement with the Professional League and the Spanish Football Federation to improve their employment and economic situation.

– The panellists commented on the Champions League day, with Real Madrid’s victory, Sevilla’s draw and Barcelona and Atlético’s defeats.

– They also analyzed Gil Marín’s statements in which he assures that when the time comes he will sell the club and that he will not leave it to his children because he wants it to continue operating when he is not there.

Hidalgo gets podiums in the National Soccer 7
Praise rains down on him: the qualities of Manuel Pellegrini that make European football fall in love
Eibar – Las Palmas, live
FOOTBALL 3752

Loading...
Newer Post
The boxer from Valdemorillo Ali Modian wins the tribute to Castillejo and points to the Spanish Championship – Villalba
Older Post
VIDEO: Fighter ends with a BRUTAL wound on his face (sensitive images)