“Soccer is a powerful vehicle for diplomacy between countries” 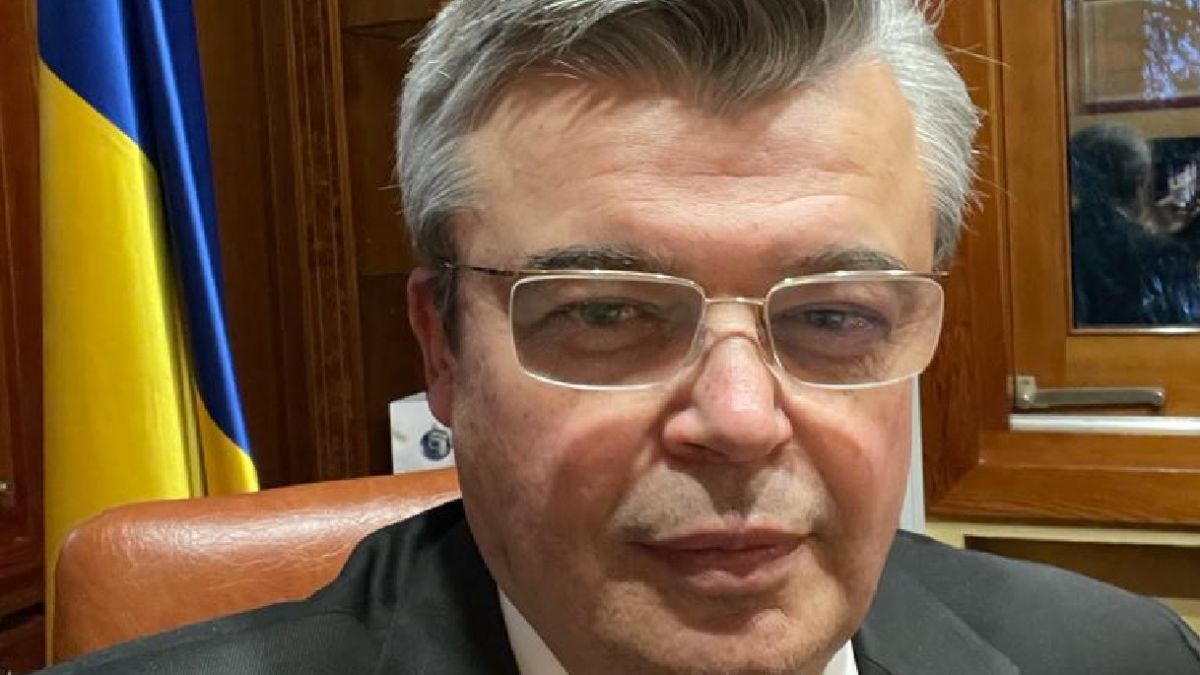 A visit from Real Madrid is capable of revolutionizing a city, sometimes an entire country. Only a few days later the Shakhtar returns the visit

A visit from Real Madrid is capable of revolutionizing a city, sometimes an entire country. Only a few days later the Shakhtar returns the visit of the whites. We are looking to exchange impressions with the Ukrainian ambassador to Spain, a great football fan.

Does the phone ring more than normal these days?

All events, both sporting and socio-cultural, between Ukraine and Spain are important and indicated for the Embassy, ​​but no, the calls have not multiplied so much.

Is football a diplomatic weapon?

“Sport has the power to change the world.” Nelson Mandela’s phrase shows that soccer is a powerful vehicle of diplomacy between countries at a general level and puts the practice of sport in value to open paths towards the resolution of conflicts. The Shakthar is now known to be unable to train and play in Donetsk due to Russian armed aggression. However, their matches and the successes of this team show on the international stage the unity and vitality of the Ukrainian people.

This club has spread Spanish culture and spirit throughout the world. Roberto Carlos visited Kiev in September to inaugurate two new social sports soccer schools. Now these activities take place on the premises of various public primary and secondary schools in Ternopil, Irpin, Khmelnitsky and Kiev. These Madrid initiatives are highly appreciated abroad. I would also like to mention that Real Madrid have the Ukrainian goalkeeper Andriy Lunin. For us it is an honor.

Are you a football fan?

As a child I went to games with my dad, at that time my idols were Oleg Blokhin, Anatoliy Demyanenko and the brilliant team of Valeriy Lobanovskiy. I always remember the euphoria that reigned in the Olympiastadion when Dynamo Kiev won the Super Cup in 1975. That generation of footballers and coaches formed the foundation of today’s Ukrainian football.

Did you get to play?

As a child he was a forward in the Arsenal youth team, created in the Kiev factory of the same name. He played very well, at that time he dreamed of being a famous footballer. As a fan I really sympathize with how Andriy Shevchenko and Zinedine Zidane played. I really enjoyed them.

In Spain is it from a team?

From Real Madrid! I follow all the games. For me, going to football is not just fun, it is also the opportunity to network and exchange opinions. When I go to the stadium I share emotions.

At what stage are the relations between Spain and Ukraine?

In 2022 we will celebrate the 30th anniversary of the establishment of diplomatic relations between countries, and these years have convincingly demonstrated that our political, commercial and economic ties are reliable.

Is the community of Ukrainians living in Spain very large?

It is one of the largest in the country. In Spain 115,000 Ukrainians reside and 25 Ukrainian associations operate at national and community level.

And on the contrary, are there many Spanish companies installed in Ukraine?

Really yes, I hope football helps. There is a growing interest on the part of entrepreneurs in the Ukrainian market. Among the main companies I would like to highlight ACCIONA, Glovo, Dacsa Group …