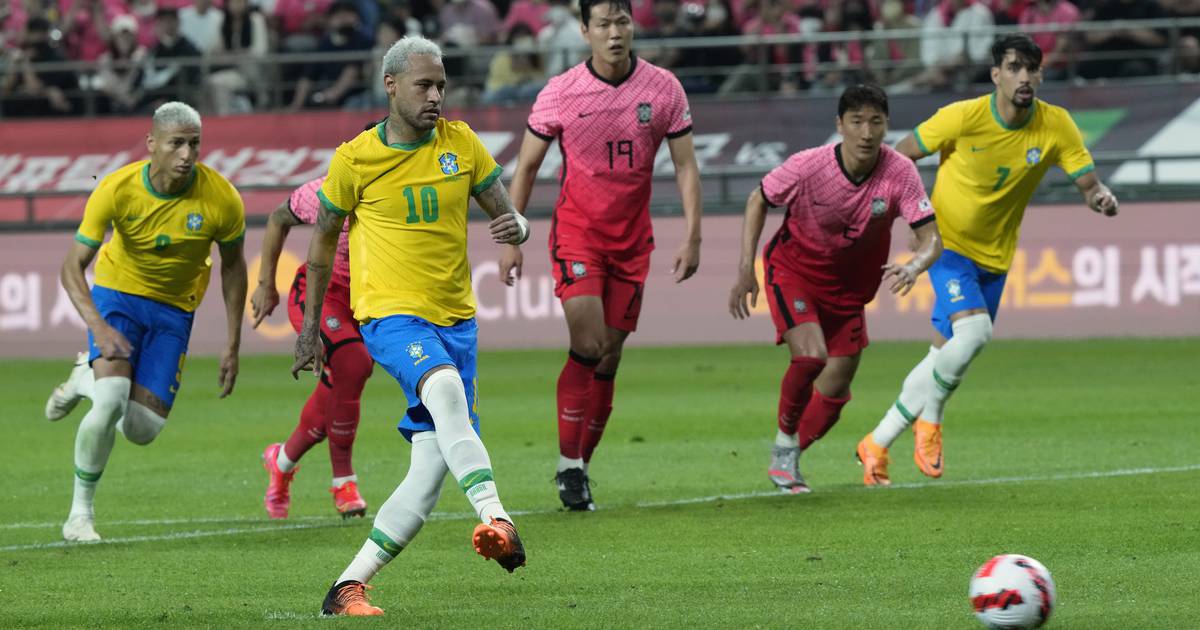 In the month of November and December of this year, the Qatar 2022 World Cup will be played, which may be the last of great stars such as Lionel Me

In the month of November and December of this year, the Qatar 2022 World Cup will be played, which may be the last of great stars such as Lionel Messi, Cristiano Ronaldo and even Neymar Jr. who, according to statements by Rodrygo, a Brazilian player who plays At Real Madrid, he told him that he would like him to take his place in the Verdeamarela National Team.

The merengue player, Rodrygo Goes, declared that it was the PSG striker who mentioned to him that he would like him to wear his number when he retires from the Brazilian National Team: “I am leaving the National Team, number 10 is yours”, to which the player admitted to being filled with emotion.

The young Brazilian confessed that he was embarrassed and that he stuttered with emotion when he replied to Neymar that he would have to play with the national representative a little more and that he had no intention of inheriting said shirt at this time, to which the veteran player only smiled, the Madrid player reported on the Podpah podcast.

It may interest you: VIDEO: Julio César Chávez’s annoyance and frustration over his son’s defeat

The Brazilian National Team is emerging as one of the great favorites to win the next World Cup after having finished the tie undefeated and with Neymar as its main figure.

Loading...
Newer Post
Mario Herreruela gets a 14 in the EVAU, the highest grade in Spain
Older Post
Abraham Ancer will join the LIV Golf Series and leave the PGA Tour