Soccer with effective time: the revolution that Xavi demands 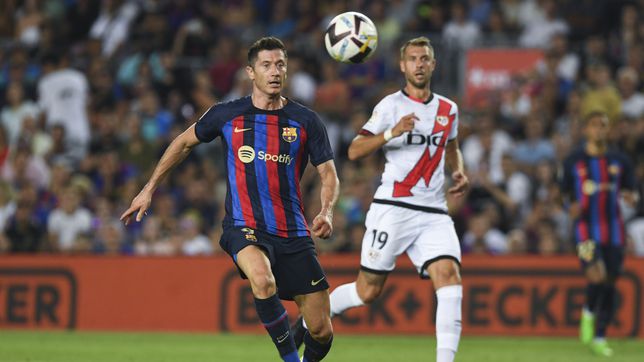 Xavi asks to revolutionize football. Last Saturday, the Barça coach showed his indignation at the loss of time in each game and plans to stop the

Xavi asks to revolutionize football. Last Saturday, the Barça coach showed his indignation at the loss of time in each game and plans to stop the clock every time the ball is not in play. “For me it’s ridiculous. What are we waiting for to have effective time? That way we wouldn’t have to be watching if eight minutes or 22 are added. We make a fool of ourselves because the trap is installed. I think we are the only sport without effective time”, he stated after the draw against Rayo.

This protest comes after a first day of the League in which on average 52 minutes and 31 seconds have been played. That is to say, 38 ‘are lost between protests, delays in getting the ball out, medical attention, substitutions, VAR and footballers who fake injuries. This weekend, the match with the most real play was Almería-Real Madrid (58 minutes); while the most difficult was that of Betis-Elche, with 48 minutes (ten less than in Almería).

Although it is true that the average game in the last two seasons has improved (from 51:59 in 2019-20 to 53:21 last), this campaign starts with the usual inertia: the Spanish First is the one in which the least roll the ball of the five major leagues. The Premier, the great rival, averages two minutes and eight seconds more. What does not mean that the effective time of the rest of the championships is also excessively low. In one of the solutions, Spain stands out, since it is the one in which the most discount minutes are given to cushion said losses. An order from the Arbitration Committee that has led to a 32% increase in additions.

Now it’s time to see if this measure will be enough. The greatest discounts occur in the matches whose results are tighter: Celta-Espanyol (2-2) had ten extra minutes in the second half and Barça-Rayo (0-0) and Cádiz-Real Sociedad (0- 1) up to nine. But that time is added does not mean that it will recover. An example is Barça-Rayo. They were given in the first 8 minutes and Hernández Hernández had to extend another. Of the nine totals, there were only four in cash due to the delay of the Rayo players in serving, the red card to Busquets, the review of Falcao’s disallowed goal, a delay by Ter Stegen…

The arbitration group, which is being asked to solve the little that is played, has asked its referees to speak less with the players and that if a footballer in the last minutes suffers “inconvenience” (or pretends) they do not let him get on the field so fast. But they warn and focus on the fact that the solution lies in the teams themselves not wasting so much time. And, furthermore, if they want football to be at a standstill, taking advantage of the great impact that some coaches have, the window to request it is that of FIFA and IFAB. And Xavi is in it.

The final stage of the Beach Soccer Super League has started
After the debacle of 2014, Brazilian football was opened up to foreign coaches and the fans ask for them… Argentines
The world football figure who would say “no” to PSG’s millions
FOOTBALL 3689