Solozabal, the soccer star who does not believe that “it is worthwhile to have finished the Lanzarote Ironman in 11 hours” 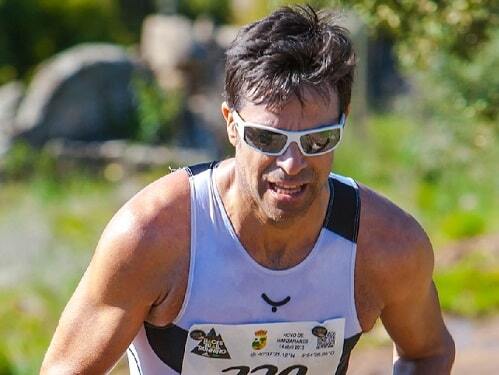 "Of course money helped me, above all, to buy time." The one who shares this phrase is Roberto Solozabal, a footballer who was a star in a top-leve

“Of course money helped me, above all, to buy time.” The one who shares this phrase is Roberto Solozabal, a footballer who was a star in a top-level team like Atlético de Madrid. He began to enjoy that time in the year 2000 and decided that he was going to use it to enjoy endurance sports.

The first thing Solozabal did as soon as he retired was to get hooked on cycling: “The first thing I did when I stopped being a professional player was buy a mountain bike. I started as an amateur, until five years later I dedicated myself more seriously. Then It was a coincidence that I was invited to an Ironman”.

His friend Samuel Trives, a former professional handball player, convinced him to sign up for the Lanzarote Ironman in 2013. He hired the prestigious trainer Pablo Cabeza. What was a hobby became something more serious that year: “I was invited to the Lanzarote Ironman 2013 and I began to work seriously in all three disciplines.”

The former Atlético de Madrid player finished one of the toughest Ironman distance triathlons in the world in 11:46 hours. A great mark for any amateur triathlete and more for a beginner, but Solozabal surprises by not giving credit to his challenge: “Those who have merit are those who combine work with training, I have much more free time.”

Solozabal is one of those who does not attach importance to the fact of being a finisher in a marathon or an ironman, unless he competes with a high level of demand: “I always say that races are made more or less demanding by the pace at which you go and that you want to suffer in them”.

The ex-soccer player is in love with endurance sports, after the Lanzarote Ironman he was a finisher in the Celtman, another long-distance triathlon, and has dozens of extreme road and mountain biking events.

His passion for sports has led him to add 20-hour weeks. “I have time and I love training, especially the bike, I enjoy it, so for me it’s not suffering but enjoying.”

That is clear that the bike punishes him less than football physically impacted him: “I can do 200 km a day at my pace on a bicycle for days, but I could not play a 90-minute game many days in a row.”

Loading...
Newer Post
Mike Tyson: ‘Of the $500 million I made as a boxer, I had nothing left’
Older Post
San Francisco 49ers vs. Green Bay Packers: day, time, where and how to watch the 2022 NFL preseason game