Solskjaer’s war at United: “Dedicate yourself to football” 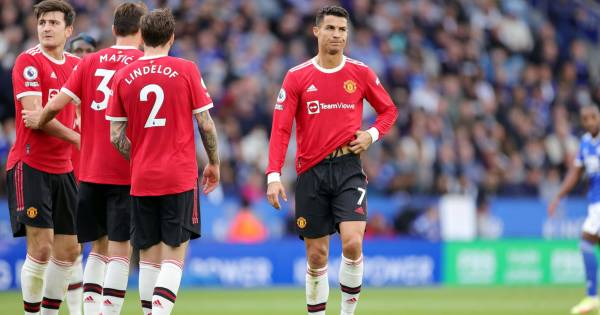 Manchester United is already experiencing a small crisis after just eight matches in the Premier League. The team lost two and drew one in the las

Manchester United is already experiencing a small crisis after just eight matches in the Premier League. The team lost two and drew one in the last three games and everything is beginning to cloud for the future. Despite this, coach Ole Gunnar Solskjaer is not in doubt in his position, he has the support of the club and therefore feels that he has enough authority to turn history around.

In this sense, a statement by the Norwegian coach before the game against Leicester City (4-2 loss) against one of the stars, Marcus Rashford, created a small earthquake: “He is entering his best years as a footballer and has a great challenge in hand, here at Manchester United, and another to play for England. Marcus has done some great and remarkable things, but now he needs, maybe, to prioritize his football. “

Respectfully and cautiously, Solskjaer made it clear: Rashford must play football. And it is that number 10 has a very loaded extra-sports agenda. In the last year and a half, he became something of a hero of social causes. He was named a Member of the Order of the British Empire (MBE) for his contribution during the coronavirus crisis in favor of vulnerable children. And all of this takes time and dedication.

Time that DT Solskjaer believes, is taking away from football. The conflict comes because the footballer&#8217;s environment took the coach&#8217;s words wrong, says The Athletic. Rashford had already objected to taking time out of his social-political agenda. To lower his tone, the coach declares (almost always) in peace: &#8220;Marcus knows we want a lot from him, but we are going to give him time to regain the level he had and get to where he can go,&#8221; he said in September.

Rashford had two lengthy injuries between June 2020 and October 2021 that have sidelined him. He made his debut in this season 2021-22 in the loss against Leicester and scored a goal.

Tags: Marcus rashford, Manchester United
“If Cristiano didn’t play football, he would end up as a bricklayer”
Pogba would get to a European soccer giant for free
Premier League: Cristiano Ronaldo’s blow: “Football takes a backseat”
FOOTBALL 665