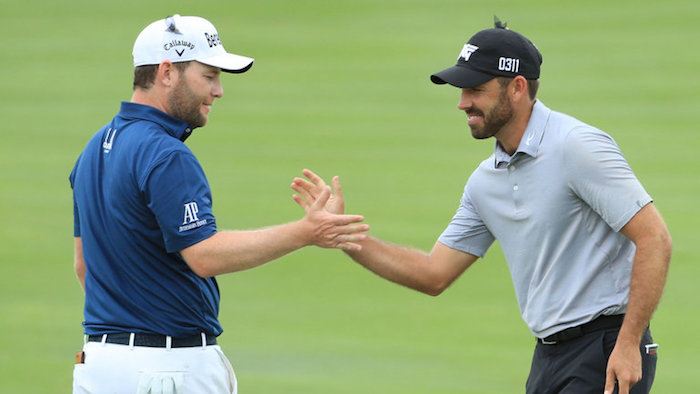 The nascent Saudi golf league, LIV Golf, which brought about significant changes on the PGA Tour, has held half of its eight tournaments in the 2022 season. The four victories have been divided between two South African players Charl Schwartzel and Branden Grace, the Swedish Henrik Stenson and the American Dustin Johnson.

Two of the three Latino participants have stayed close to victory, the Mexican Carlos Ortiz and the recently debuted Chilean Joaquín Niemann.

The South Africans have so far dominated the Saudi League. First it was Charl Schwartzel, the 38-year-old triumphed at the LIV Golf Invitational in London, an event that kicked off the tour led by Australian Greg Norman.

Schwartzel, winner of 2 PGA tournaments, 11 on the European Tour and 1 on the Asian Tour, beat his compatriot Hennie du Plessis by one stroke in London. Branden Grace, ranked third, two strokes behind the winner.

For the second stop of the LIV that was played in Portland, the Mexicans made their debut Abraham Ancer and Carlos Ortiz.

The champion that time was 34-year-old Branden Grace, Carlos Ortiz stayed with the second place two strokes away; Patrick Reed and Dustin Johnson shared the following places. Ancer debuted with an 11th site.

Grace, winner of 2 PGA titles, 9 European Tour and 6 on the Sunshine Tour, once again raised his hand for South Africa in the millionaire league.

The third LIV Golf event was played in Bedminster, the 46-year-old Swedish Henrik Stenson was proclaimed champion, brought out his experience of 6 PGA wins, 11 on the European Tour, 6 on the Sunshine Tour, among others, to get two shots from advantage over Matthew Wolff and Dustin Johnson and three to Mexican Carlos Ortiziz, occupant of the fourth place. Abraham Ancer finished in 40th place.

At the fourth stop of the LIV Golf in Boston, the victory went to Dustin Johnson, the American former number one in the world and one of the most sought-after figures in the new league, who won a triple tiebreaker with the Indian Anirban Lahiri and the Chilean Joaquín Niemann. .

Abraham Ancer conquered the eighth place and Carlos Ortiz finished in the 26th.

With half of the season to go, it will be interesting to know which players and from which continent dominate the first LIV Golf Invitational season.

Olesen makes the rubber but finishes off the win at The Belfry
Where is the Stereo Picnic 2022?
McIlroy storms the lead in Rome
GOLF 1499

Loading...
Newer Post
This is the Philadelphia 76ers squad for the 2022/23 NBA season
Older Post
Tickets for the 2022 Mexican GP: how to buy them and how much it costs to live Formula 1 in Aztec lands