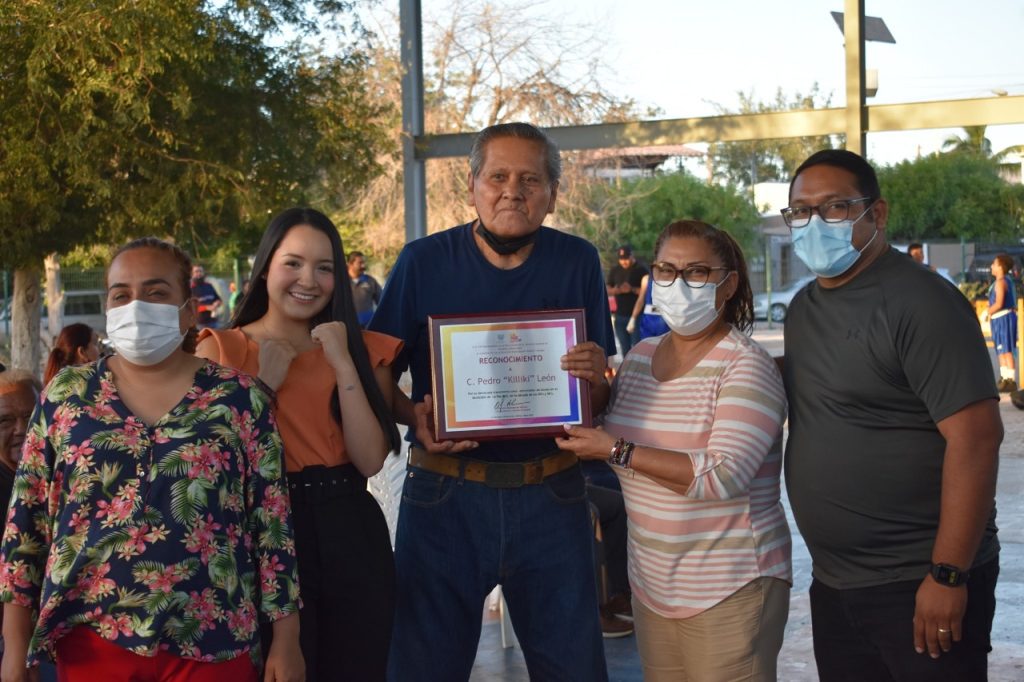 Pedro de Jesús León, boxer and trainer with many years of experience, received recognition at the opening of the “Golden Gloves” boxing tournament

“Honor is the reward of virtue”, This would explain the story of Peter de Jesus Leonwho throughout his life has forged a legacy around boxing, a trainer who has been around for many years teaching his different disciples in the search to guide and improve the skills of each to become talented fighters.

Currently, already in his third age, the “Killiky”, as everyone knows him in the community, he received recognition at the opening of the new boxing tournament “Golden Gloves”in which a total of 19 fights were held between the students of the various boxing schools that are counted, and since there was a good amount of public, they took advantage of the moment to applaud him when he was named by the microphone and, at the same time , the diploma was given to the experienced instructor for all the years dedicated to this discipline.

A very special night full of sports that included an emotional moment for Pedro de Jesús who answered some questions and was in the company of his family at all times when receiving the honors; without a doubt, a man very loved and respected by the entire boxing circle, who has always spoken highly of him and of his knowledge as a trainer.

Everyone, at the end of the day, deserves to be recognized for their achievements and commitment to what they do.

Loading...
Newer Post
NBA: Heat and Celtics go to the “series to win two of three”
Older Post
Medvedenko: from NBA champion to fighting for Ukraine