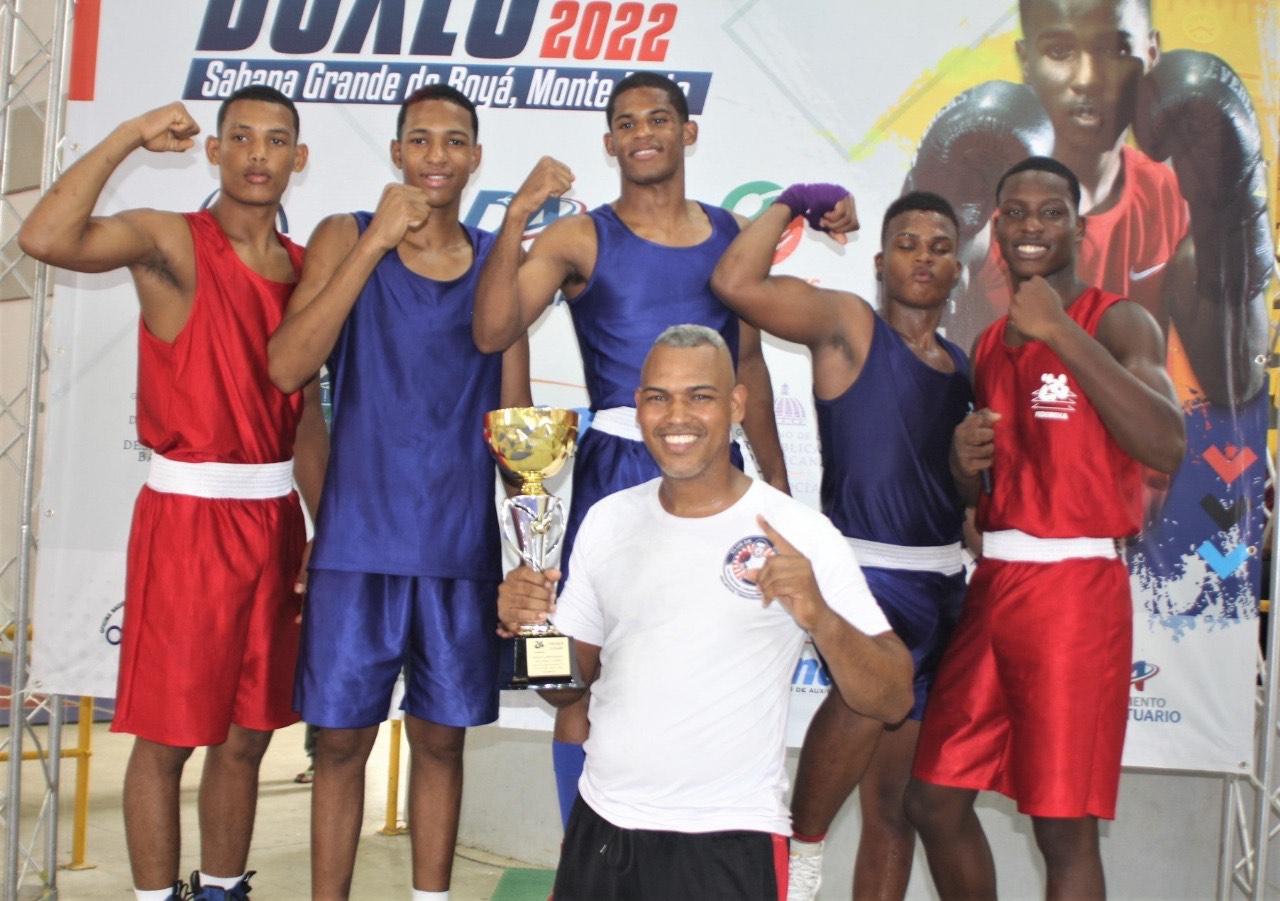 Sabana Grande de Boyá (Monte Plata).- The South region won the crown of the 38th version of the National Youth Boxing Championship after winning 5 gold, one silver and three bronze medals at the end of the tournament held with great success in the sports center Dr. Fidel Mejía, of this municipality, and dedicated to the Minister of Sports, Francisco Camacho.

The southern boxers added 29 points, since the points that the boxers accumulated in the preliminaries and semifinals were added to the final evening.

The tournament awarded points from the preliminary round, the semifinal and the final, so it was the accumulated score that determined the place in the medal table.

The second place corresponded to the North region with its two gold medals, five silver and three bronze, to reach 21 points.

The Santo Domingo province was left with the third step with 16 points as a result of two golds, four silvers and a bronze medal.

The National District reached 12 points for fourth place, after its boxers won a gold, a silver and seven bronze medals. It obtained a higher score than the East, as it added a greater number of points in the preliminaries.

The East region won two gold medals, one silver and five bronze, for 11 points, while the hosts from Monte Plata won one gold, one silver and two bronze medals, for a total of seven points.

The championship was under the direction of an organizing committee headed by the Administrative Deputy Minister of Sports, Franklin De la Mota, as well as with the active participation of the Dominican Federation of Amateur Boxing (Fedoboxa), chaired by Rubén García, and the Boxing Association of Monte Plata, directed by Primitivo Cadete.

The winners of the contest will make up the youth national team that will compete in the World Cup in that category, to be held next November in Alicante, Spain.

The competition had the main support of the Ministry of Sports and Recreation (Miderec), as well as the State Economic Kitchens, the Airport Department, the Ministry of Housing and Buildings, the Metropolitan Office of Bus Services (Omsa), the Commission Presidential for Neighborhood Development, and the City Council of Sabana Grande de Boyá, among other organizations and institutions.

The Santo Domingo province was also left with two gold medals won by Rafael Mateo, in the light middleweight (71 kilos) and Yolín Ramírez Montero, in the heavy (92 kilograms).

The winner of the gold for the National District was Brayan Manuel Mejía, in the flyweight division, 54 kilograms.

The gold medal won by Monte Plata was contributed by the left-handed Miguel Ángel Encarnación, in the 54 kilos of the bantamweight.

Loading...
Newer Post
Recharge your batteries: Fernando Alonso’s luxurious rest before the restart of Formula 1
Older Post
These have been the five most amazing comebacks in Colombian Football