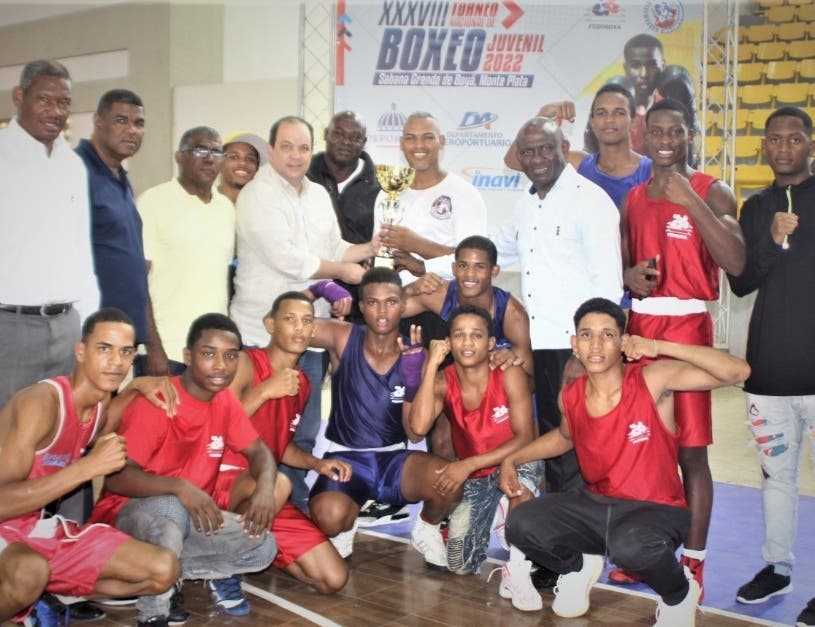 The tournament had the support of the Ministry of Sports, the City Council of SG de Boyá, State Economic Kitchens, the Airport Departme

The tournament had the support of the Ministry of Sports, the City Council of SG de Boyá, State Economic Kitchens, the Airport Department and others.

Savanna Grande de Boya.- The South region won the champion cup of version 38 of the National Junior Boxing Championship after winning five gold medals, one silver and three bronzes at the end of the tournament held with great success in the sports center Dr. Fidel Mejia from here and dedicated to the Minister of Sports, Francis Camacho.

The southerners added 29 points, since the points that the boxers accumulated in the preliminaries and semifinals were added to the final evening.

Second place went to the region North with his two gold medals, five silver and three bronze, to reach 21 points. The province Santo Domingo He took the third step with 16 points as a result of two golds, four silvers and a bronze medal.

The National District reached 12 points for fourth place, after its boxers won a gold, a silver and seven bronze medals. It obtained a higher score than the East, as it added a greater number of points in the preliminaries.

The East region won two gold medals, one silver and five bronze, for 11 points, while the hosts of mount silver they conquered a gold, a silver and two bronze, to total seven points. The championship was under the direction of an organizing committee headed by the Vice Minister of Sports, Franklin de la Motawith the active participation of the Dominican Amateur Boxing Federation (Fedoboxa)chaired by Rubén García, and the Association led by Primitivo Cadete.

It may interest you: Francisco Camacho says he meets the sport

Loading...
Newer Post
How many teams has Fernando Alonso raced for in Formula 1? Statistics, data and more of the Spanish driver
Older Post
Movistar Plus + changes the name of its football channels again, will it be the definitive one?