Spagnolo: “I want to get to the NBA, but my future is Madrid” 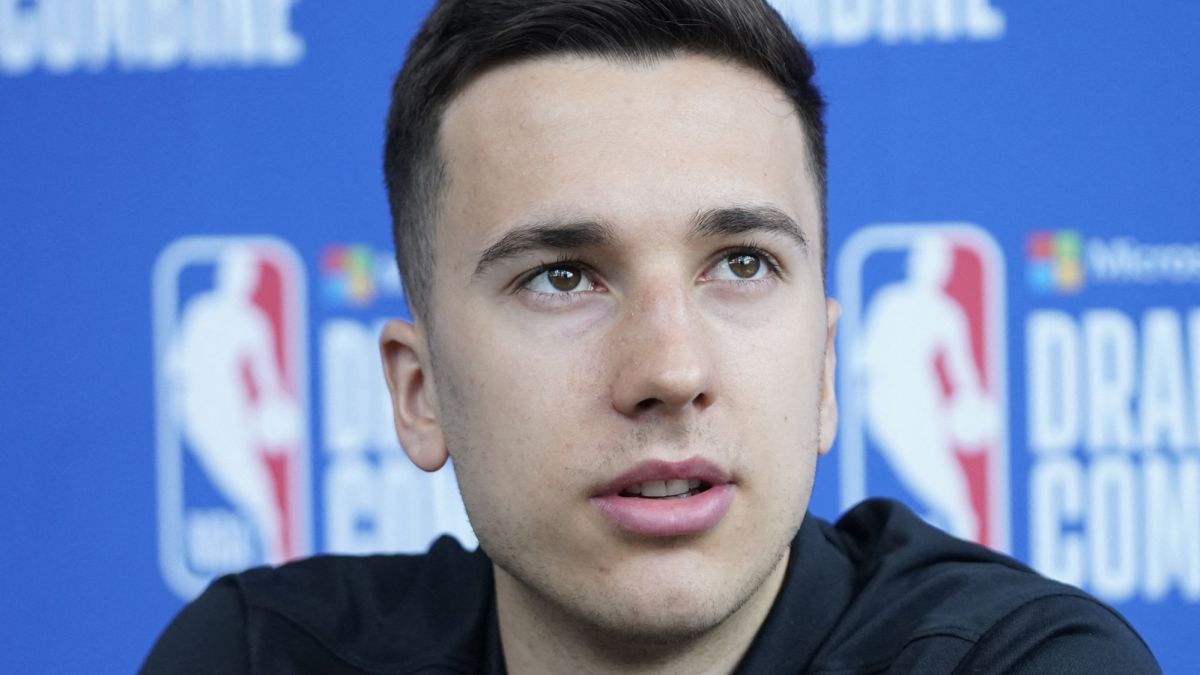 Matteo Spagnolo (19 years old and 1.92 meters) is one of the great pearls of the Real Madrid youth academy. Since his arrival in the youth ranks

Matteo Spagnolo (19 years old and 1.92 meters) is one of the great pearls of the Real Madrid youth academy. Since his arrival in the youth ranks in 2018 from Stella Azurra Roma, the Italian point guard has left signs of enormous quality: vision of the game, speed in his decisions, care of the ball and a high-voltage offensive capacity. Qualities that made him debut with the seniors in March 2021 against Casademont Zaragoza: “He is excellent at assisting. He is very easy to direct and find solutions,” they assured the club on those dates.

The white club renewed the transalpine diamond for three seasons in that same summer of 2021 before transferring it to Cremona from their country. The objective, more minutes on the pitch than Laso could give him this season. And the player has taken advantage of them: he has become the best youngster in the Lega with 12.1 points (44.1% from three) and 2.6 assists for a PIR of 11.2. His maximum, 23 goals against Sassari and a PIR of 24 against Pessaro.

“It has been an incredible process so far because I have learned a lot,” he assures Sporting News Spagnolo during the Draft Combine, where executives and scouts check live the ability, quality and potential of future projects for the NBA. “I have improved a lot this year, it has been very important for me to make this decision to play as a professional in Italy.: He had the opportunity to play many, many minutes against older players as a professional,” continues the third-youngest player in history to make his national team debut at just 17 years old.

according to different mock draft (draft predictions), the Italian would be between the 50th and 55th pick of the rookie night, which will be held on June 23. That is, the end of the second round or not being selected, which would not deprive him of having a chance to enter the North American League as an undrafted player. His future, therefore, is still up in the air and, although his dream is the NBA, he does not rule out continuing his professional career in Europe, with Real Madrid or even in another Endesa League club on loan.

“I want to play all my cards to get to the NBA, but my future is at Real Madrid, that’s for sure. The club has given me everything for three years and I am very grateful for that. And I will always remember it,” he explains.

Milwaukee Bucks – Chicago Bulls live
Shooting to Fail: The keys to high performance in the NBA and the revelation of the LFEndesa
Lebron James gives Isaiah Stewart a tremendous elbow and a tremendous fight breaks out
NBA 2869