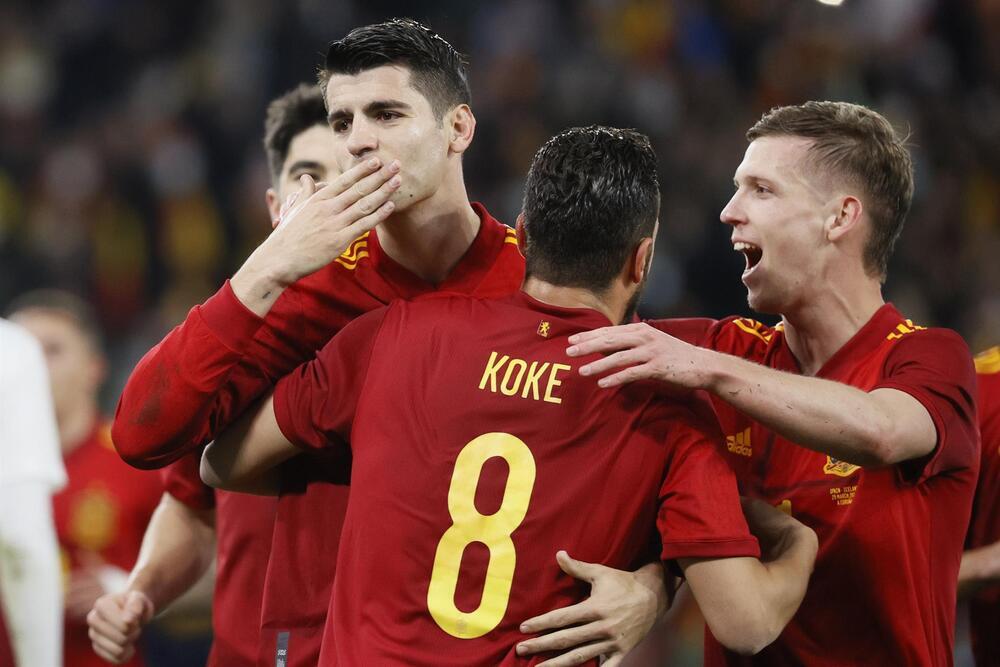 Álvaro Morata scored his sixth brace with the senior Spanish team, in Spain's thrashing against Iceland in the friendly played at Riazor, the most

Álvaro Morata scored his sixth brace with the senior Spanish team, in Spain’s thrashing against Iceland in the friendly played at Riazor, the most comfortable win in the history of clashes (5-0), in which he scored 25 goals and became in the eighth top scorer in the history of La Roja, after beating Alfredo di Stéfano.

Morata had only scored one goal in his last five games for Spain until the A Coruña match. Important, yes, since he gave the victory in Seville against Sweden that certified the pass to the World Cup in Qatar on November 14.

He retaliated in A Coruña with goals he needed. They arrived in just three minutes between minute 37, when he looked for space, cut with quality and patiently defined the first goal of the game, and minute 40 when he did not miss a penalty. However, it is not his fastest double in the national team. On September 5, 2016, against Liechtenstein, he scored two goals in a single minute in an 8-0 win.

Spain exhibits forcefulness and good football – Photo: CABALARStill far from the top scorer in the history of the national team, David Villa with 59 goals, Morata surpassed Di Stéfano and equaled Emilio Butragueño in eighth place with 25 goals. His next challenge will be to catch up with Fernando Morientes (27) and Fernando Hierro (29).

He is the player who has played the most games in Luis Enrique Martínez’s double stage as coach and was the only one who repeated in the starting team compared to the game against Albania last Saturday in Barcelona. At 58 minutes he left his place in the field without being able to sign his first hat-trick as an international.

The Spanish team had never won by more than one goal in the nine matches against Iceland. In the tenth he got even and signed the biggest win, a 5-0, completed with Pablo Sarabia’s first brace with the national team and Yeremy Pino’s scoring debut at the age of 19 in his fourth cap. 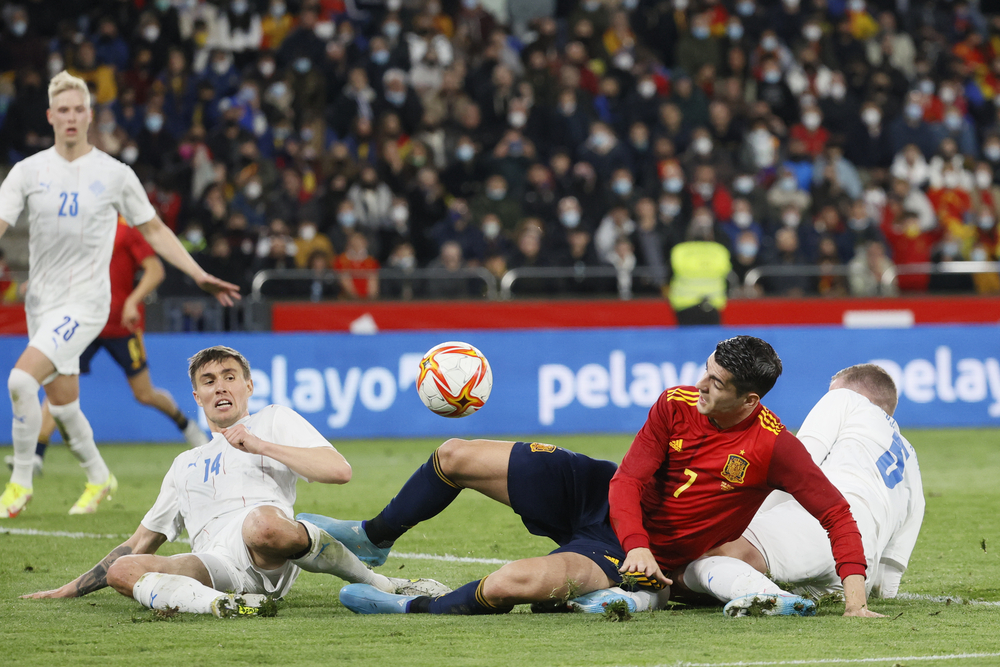