Spain trusts growth ahead of the World Cup 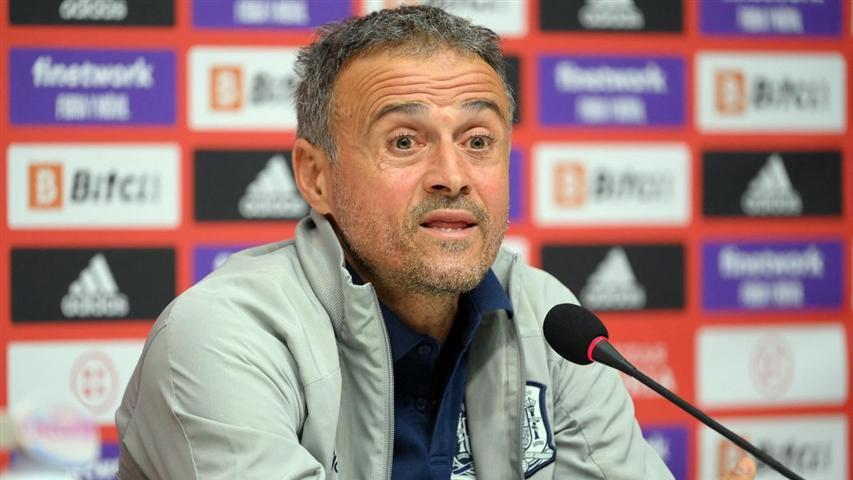 It will be the beginning of the European Nations League, a tournament that does not convince everyone, although now it comes as a glove i

It will be the beginning of the European Nations League, a tournament that does not convince everyone, although now it comes as a glove in a long preparation for Qatar 2022, with unusual dates, from November 21 to December 18.

The technical director of Spain, Luis Enrique Martínez, expressed his enthusiasm for the games that La Roja will play in this first stage of the League and although he admitted that this FIFA window conditions, it is not different for the rest of the teams.

The Spanish squad will debut against Portugal tonight at the Benito Villamarín stadium in Seville, and later will do so against Switzerland and twice against the Czech Republic.

«I had to play at the end of the season with the national team and it is true that one is already looking forward to the holidays, but we also all have in mind the importance of representing the national team, which also means a lot because in five or six months there will be a World Cup”, commented Luis Enrique.

On the other hand, although he accepted that these may be times to try things, there is no option to keep ideas to himself because it is a contest and the idea is always to try to win it.

Regarding Portugal, he said that it is a rival of the highest level with important results in the international arena and a high-quality squad.

The Iberian rivals will face each other this Thursday with Luis Enrique’s commitment to young values, with the support of veterans such as midfielders Koke, Busquets and Thiago Alcántara, and full-backs with experience such as Azpilicueta and Carvajal.

He expects a lot from the new pleiad made up of the creative midfielder Pedri, the attackers Fati, Ferrán, Olmo, Sarabia, Soler and Asensio.

Opposite will be another team in the process of transformation, Portugal, perhaps less dependent now on its star Cristiano Ronaldo, and with the bet on values ​​​​such as Joao Félix (injured) and Rafael Leão.

In addition to Félix and Leao, both 22 years old, defender Nuno Mendes (19), left back; the solid defenders Joao Cancelo and Rubén Días, and in the offensive line other names are relevant, such as Diego Jota, Bernardo Silva and Renato.

Tags: sports, Soccer, Portugal
Borussia Dortmund is still in the race for the German soccer title
Brighton and Crystal Palace away from Europe in English football
Newcastle come out of adverse streak in English Football League
FOOTBALL 2704

Loading...
Newer Post
What causes the earthquake Dustin Johnson in world golf
Older Post
NBA PlayOffs 2022: Stephen Curry teaches how to prepare for the finals: 13 triples without fail in training!