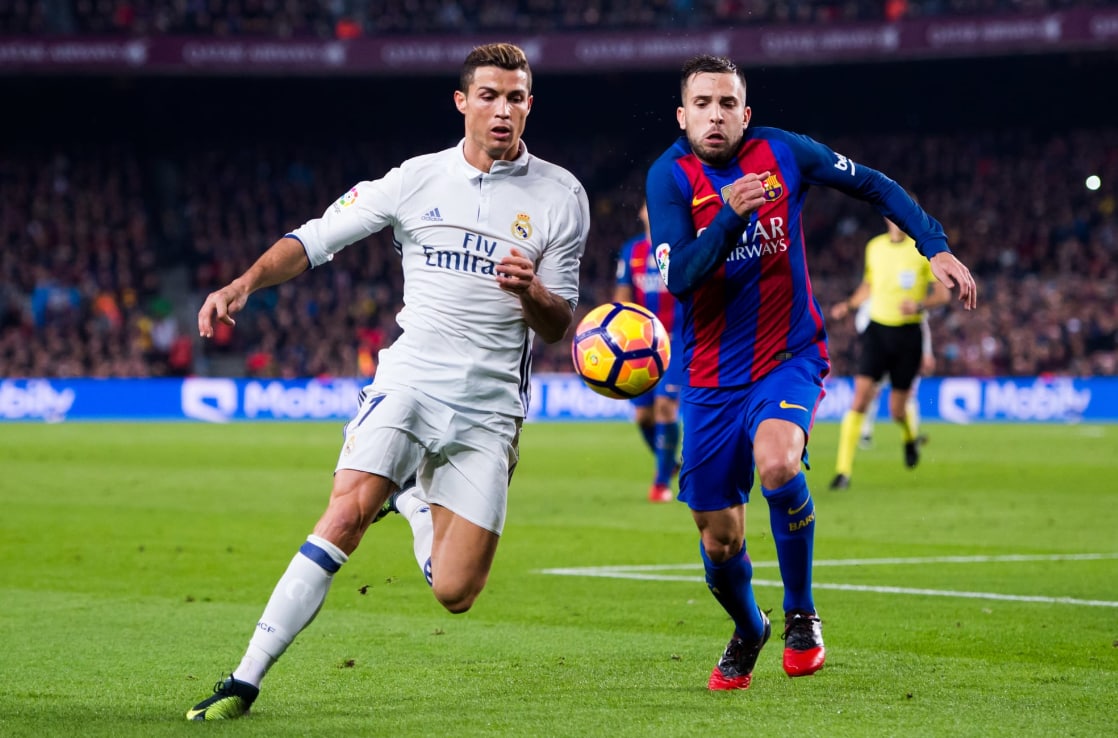 Two world soccer giants, who were born in Spain, have filed a registration application with the USPTO to work on new products and services in the M

Two world soccer giants, who were born in Spain, have filed a registration application with the USPTO to work on new products and services in the Metaverse. This request was submitted jointly by FC Barcelona and Real Madrid CF, who have revealed their interest in creating new virtual products that allow them to venture even further into the crypto world.

Although it is not the first time that these two Spanish football clubs, belonging to LaLiga Santander, have broken into the cryptocurrency industry, this time they have done so together with the idea of ​​collaborating and preparing to embrace the Metaverse.

According to trademark attorney Mike Kondoudis, the joint application for registration by FC Barcelona and Real Madrid CF includes the creation of Virtual Reality and Augmented Reality videogames, virtual items such as footwear and clothingin addition to a cryptocurrency transaction management software and much more.

Spanish soccer clubs filed this trademark application for the Metaverse earlier this month, as shown on the United States Patent and Trademark Office (USPTO) website.

It may interest you: This summer soccer teams sign with crypto

The Metaverse breaks into the football industry

The world’s major industries have been seduced by the opportunities for growth, value and utility offered by the Metaverse, and sports are no exception. Specifically, the soccer industry has been one of the most touched by the potential of the virtual world.

Famous football clubs such as Manchester City, Paris Saint-Germain and the Champions Games are already incorporating the Metaverse into their growth strategies, exploring the possibilities of the virtual world and its applications and use cases in different fields, such as entertainment and business.

In the case of FC Barcelona and Real Madrid, the two giants of world football are also getting closer to the Metaverse, although they have not yet officially communicated what their new plans are in the virtual world.

However, it is known that both Spanish soccer clubs accepted a sponsorship in March of this year from a metaverse company that uses the Polygon Network to build its virtual world. In addition to this, FC Barcelona and Real Madrid are creating an interesting history in the world of cryptocurrencies and blockchain technology.

FC Barcelona is one of the football clubs that has broken into the world of cryptocurrencies and blockchain technology the most.

At the end of July, the club turned Johan Cruyff’s legendary goal into an exclusive NFT token which was auctioned at Sotheby’s for more than $690,000.

Additionally, in November of last year, the club auctioned several exclusive images as non-fungible tokens to commemorate its 122-year history.

The FC Barcelona also signed an agreement with the blockchain platform Sorare, powered by the Ethereum network. Within this platform, fans of the club can access and trade collectible cards of their favorite players.

In 2019, Real Madrid, the European super champion, joined the phenomenon of digital collectibles on the blockchain. Spanish football club partnered with the company Fantastec to launch a series of NFTsin order to provide its fans with new experiences in the crypto world and offer the possibility of “owning a genuine part of the history of the club”.

For the Spanish football club, NFTs are innovative tools that allow it to capture the most memorable moments in its history.

In partnership with the Flow network, Real Madrid launched smart entry tickets as NFT tokenscalled Smart Ticket NFTs, which allowed fans of the club to collect exclusive virtual items, such as digital collectibles.

To the equal that the FC Barcelona, ​​the Real Madrid also signed an agreement with the blockchain platform Sorareto offer fans collectible NFT cards of their favorite players.

Additionally, as this medium reported, the former Real Madrid player, James Rodríguez, entered the world of NFT tokens in early June, with the launch of a digital collection made up of 1,500 exclusive pieces.

Main image of The Real Champs

Continue reading: Safe sex in the metaverse? Durex registers its brand to sell its products in the virtual world