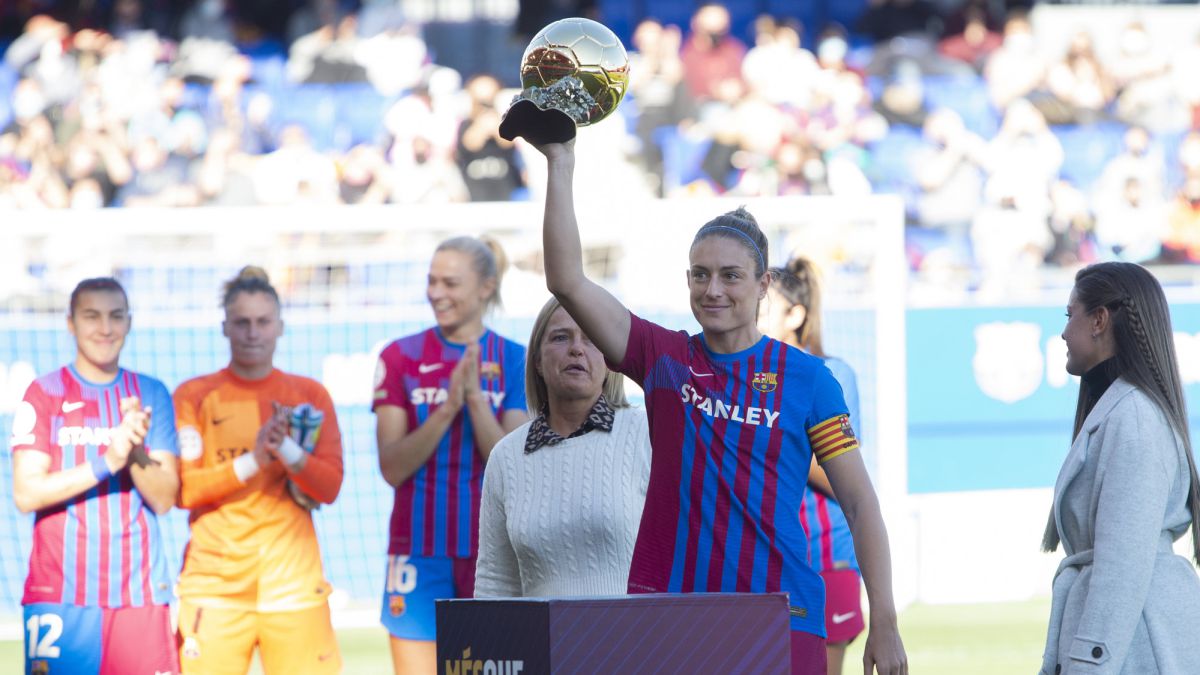 The good level of Spanish women's football has been confirmed again. The International Federation of Soccer History and Statistics (IFFHS) has an

The good level of Spanish women’s football has been confirmed again. The International Federation of Soccer History and Statistics (IFFHS) has announced its line-up with the best players in the world of 2021, and national football is the protagonist: there are six Barcelona footballers and four Spanish.

The culé team, with six representatives, is the club with the most players in the eleven: Mapi León, Aitana Bonmatí, Alexia Putellas (who just won the Ballon d’Or), Lieke Mertens, Caroline Graham Hansen and Jennifer Hermoso. The performance of the team last season winning the treble and, especially, the first Champions of Spanish football, are the main arguments for the Blaugrana representation to win the line-up. In addition, Barcelona has started this season at a very high level: first in the Primera Iberdrola with all the games won, 72 goals in favor and only three against in the 12 games played.

In club presence, Chelsea follows with two players: Samantha Kerr and Magdalena Eriksson. They both represent an English club that did well last season. The London team won the women’s Premier League, reached the Champions League final and have now just won the FA Cup against Arsenal.

In number of players, they are followed by Olympique de Lyon, with Wendie Renard and Christiane Endler. Ashley Lawrence (PSG), winner of the gold medal at the Olympic Games this summer, she is the only representative of the Parisian team, which was champion of the French league.

Team of the best players of 2021 chosen by the IFFHS.
IFFHS

With four players, Spain is the most represented country in the IFFHS eleven. The high level of Barcelona this year has made four Spanish footballers considered the best in their positions by this Federation. In addition, the Spanish National Team has finished 2021 with full victories.

At the national team level, we must highlight the presence of Lawrence, who this summer won gold with Canada at the Tokyo Olympics, the first time that this country wins the highest medal in this sport. But it is also worth noting Eriksson, who took silver at the Games with Sweden.

France | Follow the curse at PSG
ATHLETIC | Koldo Asua, a youth football lover, dies
Inter Miami is reinforced with one of the figures of Colombian soccer
FOOTBALL 2311