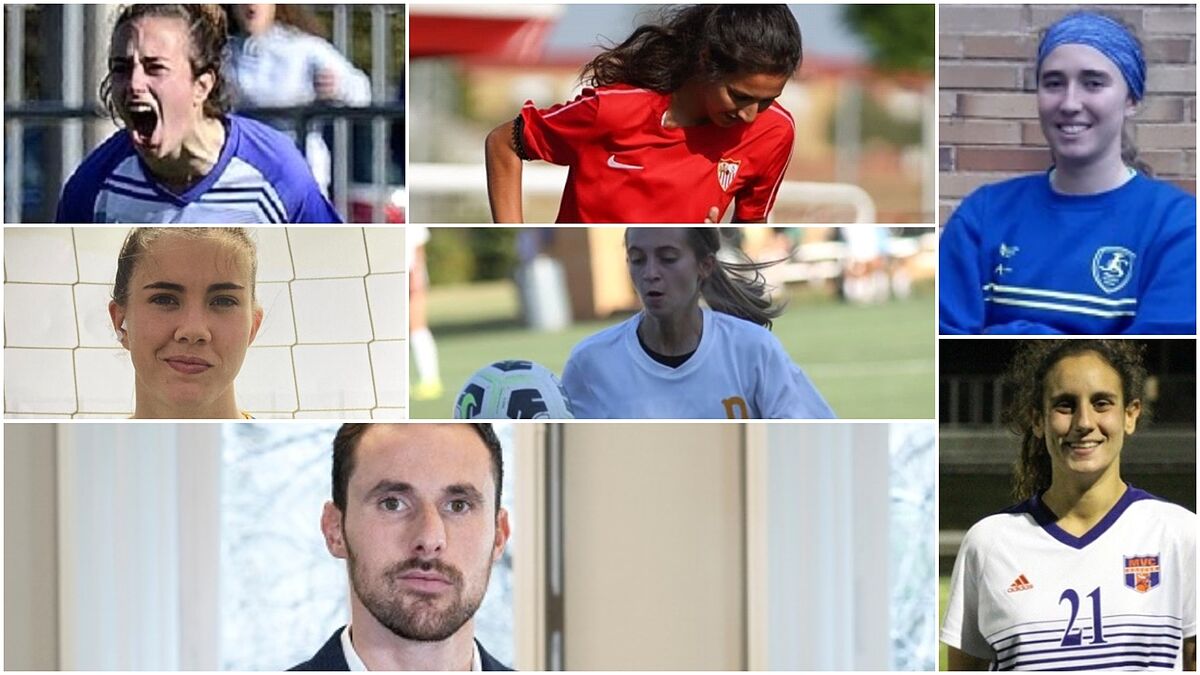 AWe are currently experiencing a change of mentality in women's football, many of our players have decided that their sporting and professional fut

AWe are currently experiencing a change of mentality in women’s football, many of our players have decided that their sporting and professional future depends on USA.

Miguel Jimenez Sanchez founder of “Talent and Sport” feels proud to be able to help hundreds of young Spaniards, students and athletes to make ‘The American dream’.

Miguel was one of the first soccer players to head to the USA, at the academic level he studied a double degree in: Business Administration and Management & Marketing. At a sports level in the four years he managed to be three times All-American, being two of them in the best team of all American universities. First Team All American. Collectively, he won two leagues and competed all four years for the National Championship.

Six Spanish girls who will head to the United States in the month of August. They all have a common denominator, a passion for sport and specifically for football. There are four from Madrid, one from Seville and some from Barcelona who will head to American universities thanks to a Soccer Sports Scholarship:

-Marta Martin Sanz (Madrid). She has been trained in the quarry of Real Madrid Club de Fútbol (Madrid).

-Marta Carrasco Mesa (Seville) She has been trained in the Sevilla FC (Seville) academy.

-Paula Sanabria Díaz (Barcelona) She has been trained in the youth team of RCD Español de Barcelona.

With only 17 years They have made the most important decision of their lives, to fill their suitcase with illusion, with football boots and why not say it with fear of the unknown. These athletes are lucky to have a family that is committed to their personal and professional development and they are privileged to be able to train at an American University while competing at the highest level in the American University Leagues. They are not the first to set course for the United States nor will they be the only ones, but they will be an example of many others that will follow in their footsteps. In a few months they will compete in Universities of: Missouri, Oklahoma, California, Kansas and Texas.

American universities provide them with:

-Sport at the highest level, everything that a professional athlete experiences in Spain

-Academic training that provides a future and professional stability when your sports career ends.

-Sports opportunities in Spain, the United States or wherever they want.

-Professional opportunities in the United States once they graduate.

-Travel around the country

-Live an experience with only 17 years that very few athletes in this country of any sport can live.

Tags: football/more-football
schedule and where to watch the Serie A football game on TV
WOMEN’S FOOTBALL Women’s classic with world record
La Jornada Maya – Spain and Italy, with crucial duels in soccer
FOOTBALL 2704