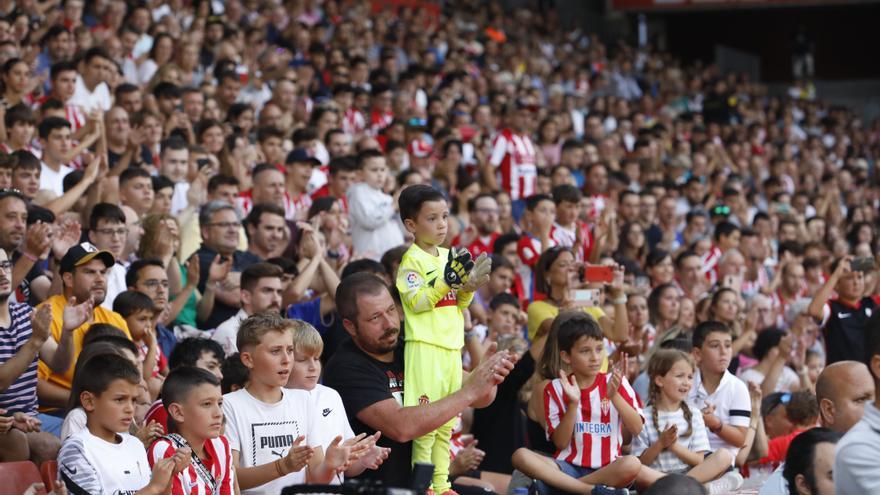 Sporting has announced the prices and the only area of ​​the field where tickets can be purchased for Saturday’s game against Andorra. They will be available from tomorrow, from 10:00 a.m. to 1:30 p.m. and from 5:00 p.m. to 8:00 p.m. On Saturday, the day of the game, the field ticket offices will remain open from 11:00 until the start of the match.

The rojiblanco club opens only the availability of tickets for the East Stand. The rest of the stadium areas are only available to those who come with their season ticket holder. For adults who want to attend this match, they will have to pay 25 euros in the ABCEFGH sectors of the East Stand. While in D it costs 30 euros to access. For juniors the price is 12 euros in the first zone and 18 in the second.

The arrival of Orlegi, with a new project, has been well received by the fans, who have endorsed it with a good performance in the season ticket holder campaign. In the last figure announced by the entity, 19,000 subscribers were already exceeded, so that some areas of the field were bordering on the full only with the subscriptions.

Tags: tickets, will sell, harrow
Platinum Awards, celebrities face each other in a football match
Price and where to buy tickets for the Malaga match
Chaco Hoy – boxing: Maravilla prepares to return to the ring
TICKETS 266