Sprint races: this is how they will take place in the 2022 Formula 1 season 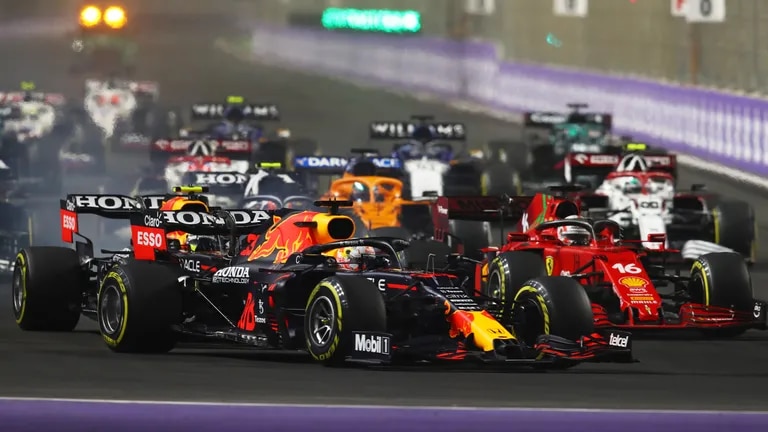 Formula 1 is permanently looking for incentives so that its audience continues to grow. The excitement that the 2021 season brought, with the bid

Formula 1 is permanently looking for incentives so that its audience continues to grow. The excitement that the 2021 season brought, with the bid until the last moment between Max Verstappen (Red Bull) and Lewis Hamilton (Mercedes), drove enormously in pursuit of the popularity of the highest category of motorsport. But in recent times several additives have been incorporated, both in the technical issues of the cars -the return of ground effect- and in the format of the races.

One of the novelties of last year was the sprint races, which were put to the test at the British, Italian and Brazilian Grands Prix. Analyzing the experiment, this year they will be put into practice again, again in three different scenarios as it already happened in 2021. What has changed is the distribution of pointswhich “will be incorporated based on feedback from fans, the media and F1 teams,” as explained by the FIA.

This is the format of the weekend with the sprint races

How many points are awarded in the F1 sprint qualifying race?

The search in this sense won in “generosity”, since until last year only the best three scored (3, 2 and 1 point). From this year, there will be up to eight drivers who will benefit from the new format. After this sprint race in Imolathe second will be in Austriaon July 9, and the third, in Brazilwhere one was already played in 2021, on November 12.

In which grands prix will there be sprint races in 2022?

As happened in 2021, there will be three grand prizes that have the sprint format:

All the images of the Aston Martin AMR22, the F1 of 2022
Qatar F1 GP 2021 – Results of the Free Practice 3 of the Formula 1 Qatar GP
Checolaquiles, Vettelburguesa or Lewisambre in Edomex: dishes inspired by F1 drivers
FORMULA 1 2355

Loading...
Newer Post
NBA PlayOffs 2022: Magic, Stockton, Nash… where does Chris Paul rank among the best point guards in NBA history?
Older Post
schedule and where to watch on TV and ‘online’ the classification of the Portuguese Grand Prix