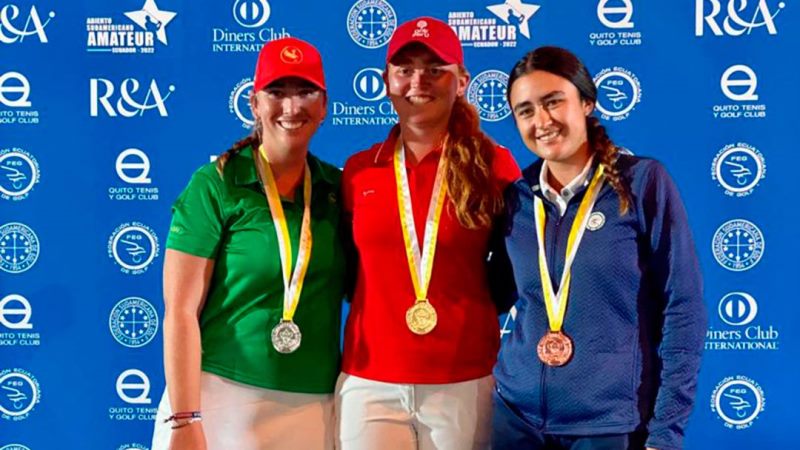 Caracas.- Stephanie Gelleni was the best Venezuelan asset in the South American Amateur Golf Championship, which was held at the Quito Golf & Tennis Club, in the Ecuadorian capital.

Gelleni signed a card of 72 (par for the course) in the last round of the tournament, which ended with a global harvest of 303 contacts in tenth place in a table that brought together 38 of the best golfers in the subcontinent.

The also Creole Claudia Perazzo finished in 17th place, rounding off a worthy performance for Venezuela.

The title in the Ladies category corresponded to the Peruvian Daniela Ballesteros (287), who was able to resist the sustained attack of the Mexican María José Martínez, runner-up with 291 hits.

Meanwhile, in the men’s branch, the Valencian Gerardo Alemany was the best of the Venezuelan team, ranking 43rd (among 52 participants) with a cumulative score of 313 (+25).

Rafael Barrios jr (320) and Ernesto Martínez (322) finished off the hook in a table led by the Argentine Mateo Fernández de Oliveira with 277 contacts.