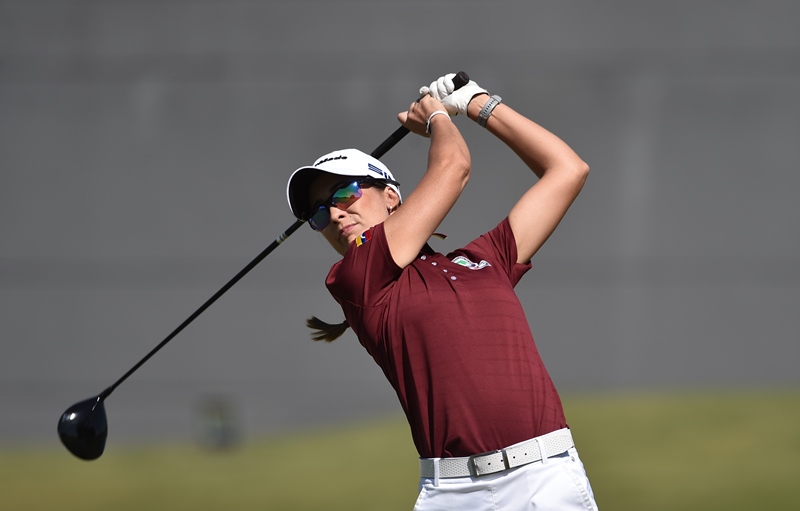 Caracas.- The Venezuelan Stephanie Gelleni delivered the best card (69) among the 37 players participa

Caracas.- The Venezuelan Stephanie Gelleni delivered the best card (69) among the 37 players participating in the South American Amateur Golf, to climb to seventh place in this tournament that takes place at the Quito Golf & Tennis Club in the Ecuadorian capital .

Gelleni had five birdies and two bogeys to set the second round scorer and complete 149 touches in these first two days of competition.

Claudia Perazzo, also from Venezuela, also recovered positions by managing to cover the second 18 holes with 78 contacts, ranking 23rd with an overall harvest of 160 (+16).

The leader of the competition is the Colombian María José Bohórquez, who managed to complete the second round with 70 strokes, to complete 144 touches (par).

Meanwhile, in the men’s branch, the second day was not profitable for the Venezuelans, since Gerardo Alemany, who was second at the start of the tournament, fell to 40th place, playing for 87.

The same thing happened with Rafael Barrios jr, who this Thursday delivered an 80 card to get down to box 50.

For his part, Ernesto Martínez continued at the bottom of the squad after signing a card with 81 contacts that allowed him to complete a harvest of 168 touches.

The leader among the gentlemen is the Argentine Mateo Fernández de Oliveira, who this Thursday played for 67, with which he completed 135 strokes in the first two days of action in Quito.

As a golf destination, Dubai scores a hole in one
The Association of Golf Courses Costa Blanca and C. Valenciana (ACGCBCV) awarded the prestigious “IAGTO Outstanding Service Award”
Veracruz will receive stage 7 of the Golf Tour
GOLF 432