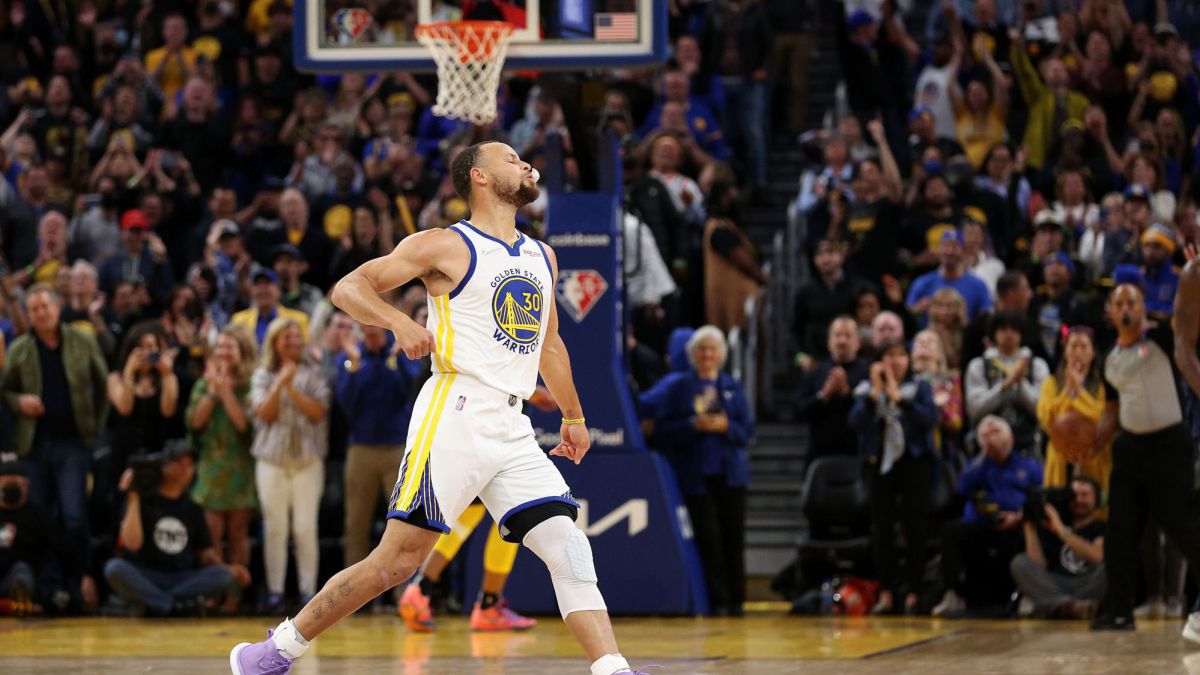 The Grizzlies came out with their heads held high, but the tie was almost lost. It's hard to manage an endgame when you have Stephen Curry, Klay T

The Grizzlies came out with their heads held high, but the tie was almost lost. It’s hard to manage an endgame when you have Stephen Curry, Klay Thompson and Draymond Green in front of you.. And all that this entails. In an ugly tie marked by controversy, Ja Morant was absent in the fourth game with a knee injury caused, according to Taylor Jenkins and the Grizzlies entourage, by a Jordan Poole who grabbed him by that part of the body in game 3 without much sense and in a play in which there was controversy. The NBA did not take action or sanction the Warriors player, something that he did not do with Draymond Green after the flagrant first assault but with Dillon Brooks in the second. It does not matter. The narrative will be left with all that and the Warriors with a victory that practically gives them a bye to the conference finals for the first time since 2019. And Steve Kerr will still not lose a playoff game in the West since he came to the Golden State bench in 2014. A true dynasty that has come back stomping after two playoff absences in recent years and who dreams of the ring lawfully and legitimately. With 9 more wins, it will be yours. He is still distant… but less and less.

The feeling has been constant in the fourth game: the Warriors were always there, on the lookout, waiting for the opportunity to give the final acceleration. One that has been extraordinary and that has taken place when they have wanted, based on good minutes and a total absence of nerves only proper to those who have the memory of the victories of the past. The longing ends in Golden State and in the damn Chase Center, which has only lived nonsense in two years marked by injuries and the absence of Klay Thompson. The new stadium has left behind the noisy and historic Oracle and has moved to the Mission Bay area to play its first final phase before an audience of equal connection with its players. And he is enjoying it tremendously, with only one loss in the first round and one more in these semifinals. Some that could end during the night from Wednesday to Thursday, when they will visit Memphis to go round on a fairly fast track. In case of losing, they would have another opportunity from Friday to Saturday at home. It doesn’t look like the series is going to go much further.

The Grizzlies, without Ja Morant, led by 10 points after a triple by Tyos Jones (a good game of his with 19+6+5) with 11 minutes left (64-74). The advantage increased to 11 (67-78) with a basket by Jaren Jackson (21 points and 5 rebounds). From then on, the Grizzlies resisted and the Warriors got closer: at 8 minutes, the distance was 8 (74-82), but a triple by Curry, emboldened in the last quarter (18 points, 32 at the end of the game) , squeezed the shock to the maximum shortly after (81-82). With more than 2 minutes to go, the Grizzlies were still ahead (90-93)… but that’s as far as they went. The Warriors, intelligent, looked for fouls to kill off the game and had 12 free throws in their favor in the final 1:11, 8 of them without a miss for a Curry who celebrated the victory as he deserved. With 98-95, already an advantage for the Warriors, Jaren Jackson tried a triple that Draymond Green (2+11+5) defended as only he knows. The rest, we already know. There was only time left for a distant triple by Dillon Brooks that only served to make up the final result (101-98).

Dillon Brooks collapsed at the moment of truth and had 12 points (with 5 rebounds and 8 assists) and a very poor shooting series: 5 of 19 in field goals, with 2 of 9 in triples. And Steve Adams played a good game (10+15+3), but he disappeared from the rotation in the fourth quarter, in which the Warriors took 17 free throws to the Grizzlies’ 9. The Warriors scored 39 points in the final 12 minutes, in which they touched 60% in field goals and converted 4 three-pointers in 8 attempts (only 4 of 29 in the rest of the game). Again, and at the moment of truth, the champion gene emerged even without a very poor Klay Thompson in the shot (6 of 20, with 0 of 7 in triples). In the game, by the way, there was not a Steve Kerr who tested positive for coronavirus and Mike Brown, who will train the Kings next season, was in charge of taking it. For the rest, good performances from the bench by Otto Porter (12+2+3+2), the enemy of the Grizzlies Jordan Poole (14+6+5) and Kevon Looney (8+9 in 15 minutes). And, from the starting lineup, a lot of seriousness from Andrew Wiggins (17+10). A good collective job to compensate for the 16 losses and a stellar appearance by Stephen Curry. An absolutely generational star. A legendary player. An indestructible man.

Golden State Warriors – Denver Nuggets, live
stumble of Nets and victories of Lakers and Celtics in a new day
NBA: Giant loss of papers! Jusuf Nurkic (2.13) confronts a fan and throws his phone into the stands
NBA 2920