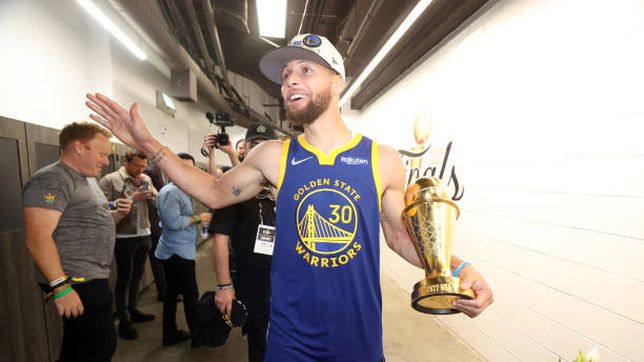 The Warriors confirmed that they are an NBA dynasty by overcoming the Celtics and winning their fourth title in eight years. For Stephen Curry, th

The Warriors confirmed that they are an NBA dynasty by overcoming the Celtics and winning their fourth title in eight years. For Stephen Curry, this championship served to consolidate himself in the elite of American basketball.

With the recent Larry O’Brien Trophy in his display case, Curry joins a group of players who have won at least four NBA titles and two MVP honors. It should be noted that they are also part of the league’s 75th anniversary team.

In addition to four titles and two MVPs, Curry boasts a Finals MVP, Rookie of the Year honors and eight All-NBA and All-Star Games.

YOU MAY BE INTERESTED: Historic Toscano: first Mexican NBA champion

An even more select club

On the other hand, the NBA reported that by being designated the Finals MVP for the first time, Curry is the sixth player in history with four championships, two league MVP awards and at least one Finals MVP.

The other elements are LeBron, Duncan, Jordan, Magic Johnson and Kareem. It should be noted that the Finals MVP has been awarded since 1969, the year in which Bill Russell said goodbye to the NBA.