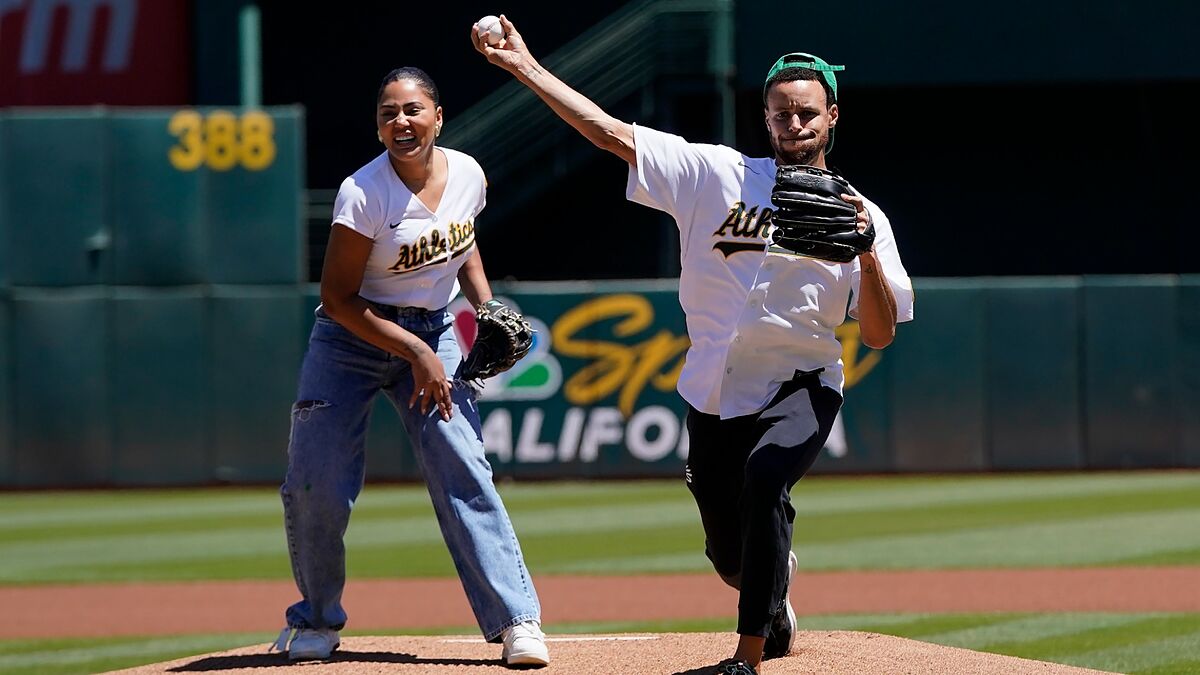 Stephen Curry He has thrown the basketball thousands of times and has collaborated with four titles of the NBAbut with a baseball he wasn’t at his best and, if not for the pitcher, he could have hit someone.

Stephen Curry He was as a special guest at the RingCentral Coliseum in Oakland with his wife Ayeshaand both made a pitch.

The four times champion of the NBA was in the match Houston Astros They were defeated 4-2 by the Oakland Athletics and the Currys received great treatment from everyone, including the fans.

But when they went up to the mound and threw the ball, luck did not smile on either of them. Both threw at the same time, Ayesha’s with good direction, but it did not reach the plate.

Meanwhile, the launch of the star of the NBA It went a bit wide and the keeper had to do a special maneuver to catch the ball, almost diving like a goalie, before the ball hit one of the people filming the action.

Curry and his wife just laughed and it is appreciated that they had a pleasant time. Both seemed specialists when it came to preparing her shot, but at the right moment they failed, she fell short and he, if not for the caster, she would surely have hit a woman who was recording on the feet.

Prior to these failed launches, Curry he got into the batter’s box and took a few swings before the game, even making contact with the ball several times.

Curry won his fourth championship title last June. NBA with the Golden State Warriorsa team that is shaping up to be a clear contender next season, so the NBA star will have to work twice as hard if he wants to repeat for the title.

Loading...
Newer Post
Donald Trump, a supporter of the LIV Golf Tour, competing in the Pro-Am at Bedminster, one of his courses
Older Post
“The 2017 Warriors would beat the 1998 Bulls”