Stephen Curry out of the Top-3: the controversial ranking of the 10 best current NBA players 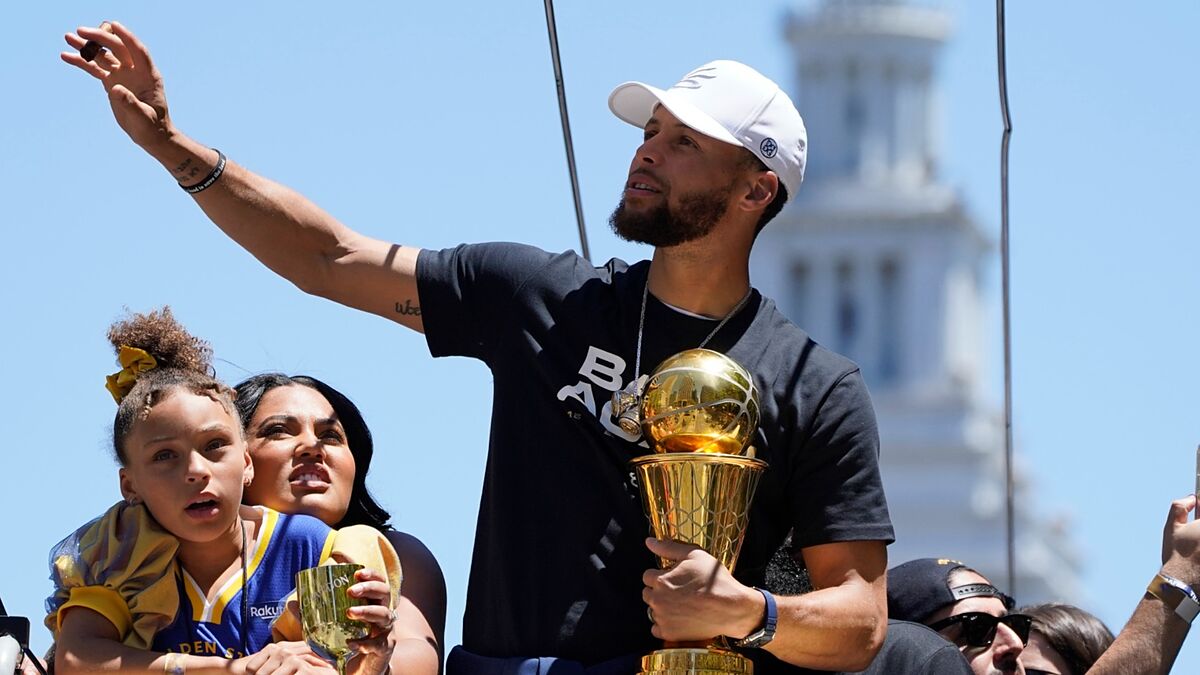 LRankings always tend to generate debate in sport. Especially when it comes to player rankings. It is difficult to determine who is the 'king' of

LRankings always tend to generate debate in sport. Especially when it comes to player rankings. It is difficult to determine who is the ‘king’ of a discipline. Even more so if we talk about the NBA. Complex He dared to make his ranking with the 10 best players in the league today. And the controversy was immediate: Stephen Currynot in the top three.

The base of the Golden State Warriors appears in fourth position. A fairly low ranking if we take into account that it is the recent Finals MVP and current NBA champion. In addition, he is the flag bearer for the San Francisco team, recognized for changing the game in its most recent era.

Leading this particular classification is the player from the milwaukee bucksGiannis Antetokounmpo. The Greek is highly valued by the aforementioned medium after his spectacular performance in these Playoffs. The wing-pvot was up to the task, despite being eliminated by boston celtics in conference semifinals. Above all, considering that his faithful squire Chris Middleton He was absent due to injury.

Kevin Durant and LeBron James They close the podium in second and third position respectively. of the player of Brooklyn Nets they value his scoring efficiency, despite his recent serious knee injury. A similar argument for King James, although focused on his age. At 37 years old, he was the second leading scorer in the regular season, with 30.3 points per game, very close to Joel Embid.

Nikola Jokic, also out of the top three and Kawhi Leonard appears!

Young talent is also part of this particular list. Nikola Jokic,current NBA MVP and pvot of the Denver Nuggets, appears in fifth place. One position further down we see its European namesake Luke Doncic.

They are not the only surprises. Joel Embid, leading scorer of the season, is designated as the eighth best player in the league, behind the leader of Boston Celtics Jayson Tatum. the cameroons of the Philadelphia 76ersfull candidate for the best player award this year, does not even enter the top 5 in the league.

Although more unexpected is the presence of the eave Kawhi Leonard, player of Los Angeles Clippers, in ninth position. Especially if we take into account that he missed the entire season due to an anterior cruciate ligament injury. Nevertheless, Complex he appreciates his ability to lead in playoff qualifiers when he has been in good health.

Jimmy Butler close this ranking in which players like Ja Morant or Chris Paul.

Tags: Nikola Jokic - USA Latino, Jayson Tatum - USA Latino, Stephen Curry - USA Latino
The Warriors are at the top of the NBA
Mavericks defeated Suns and tied the series with a great game by Luka Doncic
NBA 2022: Goran Dragic traded from Toronto to the Spurs…as a stepping stone to meeting Doncic at the Mavs?
NBA 3180