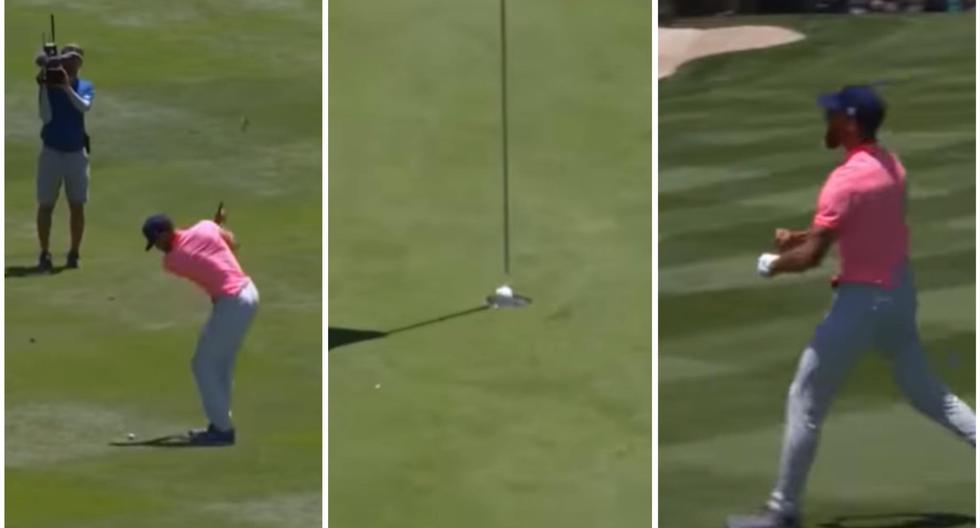 The NBA season ended with the crowning of the Golden State Warriors, led by Stephen Curry, who showed an impressive level. The 34-year-old America

The NBA season ended with the crowning of the Golden State Warriors, led by Stephen Curry, who showed an impressive level. The 34-year-old American athlete, crowned the MVP of the finals against the Boston Celtics, finished his activity and decided to enjoy the holidays, although he does not stop competing.

The basketball player participates in the American Century Championship, a golf contest that brings together different celebrities, and has been demonstrating his skills. “Shining in Lake Tahoe on day 1. Look good, feel good, play good!” Said the “Chef” through his Instagram account.

Precisely, Curry has surprised with his great punch and precision, as it happens in the duels he stars in the NBA. This time, Stephen hit a spectacular long-distance shot, which landed a few inches short of the flag on the grass field, but the spin meant the ball could go into the hole.

The people who were present did not hide their astonishment and accompanied the score with an effusive shout of joy in unison. In parallel, observing the brilliant outcome of his launch, ‘Steph’ began to celebrate euphorically with the members of his team.

Hours later, Stephen Curry took it upon himself to share the video of the impressive action on social networks and received praise from his followers. After the exhausting campaign in the United States basketball tournament, the outstanding athlete competes and marvels at his precision in golf.