Steve Kerr, NBA champion coach, shares his philosophy to compete against Javier Aguirre’s Mallorca; he sets an example of Jordan and Curry 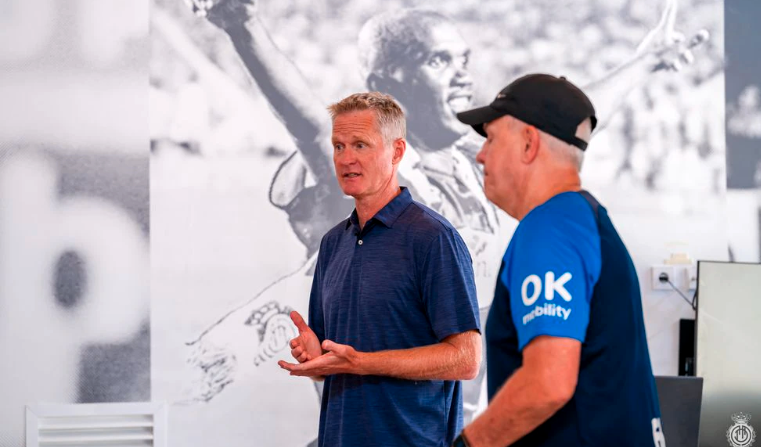 The Majorcaa Spanish LaLiga team led by the Mexican coach Javier Aguirrehad a special visit a few days ago. Steve Kerrcoach of the Golden

The Majorcaa Spanish LaLiga team led by the Mexican coach Javier Aguirrehad a special visit a few days ago. Steve Kerrcoach of the Golden State Warriorscurrent NBA champions, gave a motivational talk to the footballers that make up the Balearic squad.

Kerry, who is it? football fan and won cfive championship rings as a player and four as a coachspoke to the players of the philosophy who preaches when competing and used examples such as Michael Jordanhis partner in chicago bullsand Stephen Currystar of the Warriors.

“It is important to keep happiness, the enjoyment of playing. We all start small because we love it, so I always try to reinforce that idea in my team. Find the Balance between the joy and the desire to compete and crush the rival…. Stephen Curry is the perfect image of that combination.

“You see him playing, always smiling, but when he’s on the bench, he’s in a hurry and moves his towel… he is so happy for his teammates that it generates wonderful teamwork.”

In addition, he related what it meant to share the day to day with Michael Jordan, who was more than a player of those legendary chicago bulls.

“Training with him (Jordan) was not easy. In each training he marked the level. It was very intense, you always had to perform, but at the same time you knew that I was pushing you to get better every day”, commented Kerr, among many other concepts of a talk that lasted 25 minutes.

Steve, who is a friend of the president of Mallorca, Andy Kohlberg, stressed that during his 15-year career in the NBA he was a player alternate most of them, with which he assimilated the importance they have all members of a team to achieve a common goal.

“As a coach, I understand players who have few minutes. When you don’t play in four or five games, it’s always difficult, but you have to understand that your energy and your role in the group is crucial for collective success. When you give yourself to the team and your teammates, your value is multiplied”.

This talk by Steve Kerr took place before the LaLiga Day 2 match in which the Mallorca fell 1-2 against Betis, and in fact the coach was in the box of the Stadium of Son Moix to witness the meeting.

For now, those led by the ‘Basque’ Aguirre They add a draw and a defeat, and this weekend they face Rayo Vallecano.

Vinicius ‘signs’ for … the NBA!
Becky Hammon named WNBA Coach of the Year
NBA All Star 2022: The Cavaliers triumph at home: the most skilled in the NBA in a renewed and improved contest
NBA 3438