Fernando Alonso He is the driver with the longest career in the history of Formula 1 and a legend on the current grid. With just turned 41 years

Fernando Alonso He is the driver with the longest career in the history of Formula 1 and a legend on the current grid. With just turned 41 years old, the Asturian runner continues to want to compete and his performance accompanies him. In that sense and with the announcement of his transfer to Aston Martin for the 2023 season, expert communicators from the highest category of motorsports analyzed the present of the two-time world champion and noted an obsession of the Nano with his level.

Fernando Alonso was captured in the history of Formula 1 when he was crowned, for two consecutive years, world champion of the category. However, that was not his only mark, since he got tired of accumulating records throughout his career and still does. In that sense, Edd Straw, a communicator specializing in the Great Circus and collaborator with The Race, analyzed the present of the Nano and assured that under the armor of courage, an insecurity is hidden that forces Alonso to applaud himself continuously.

Since his return in 2021, Alonso has managed just one podium finish. Third place in the Qatar GP.

“From the perspective of Fernando Alonso, several things are happening here. This weird obsession of hers with telling everyone how great she is. There is a strange insecurity. There is somewhere under all that bravery with Alonso, which is strange because he is an exceptionally good driver. I think he also reflects Alonso himself knowing that he really needs to put in the effort, ”said Edd Straw in The Race.

In addition, in the same The Race podcast they assured that the Asturian runner does not want the same thing to happen to him as his former competitors, Kimi Raikkonen and Michael Schumacher. Both world champions returned to the highest category of motorsport, but did not achieve their best performance in their second spell. 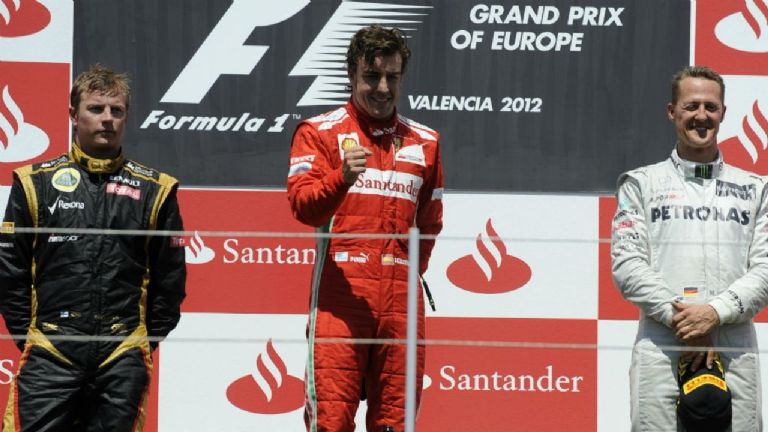 Alonso wants to assert his return to F1.

With the Belgian Grand Prix just around the corner, Alonso will have the opportunity to change fate a bit at the Spa-Francorchamps circuit. In his career in Formula 1, the Nano raced 16 times on Belgian soil and, although he achieved three podium finishes (second in 2005 and 2013 and third in 2007), his dropout percentage is very high. The runner born in Oviedo had seven dropouts, 43.75% of his participations had to withdraw from the track.