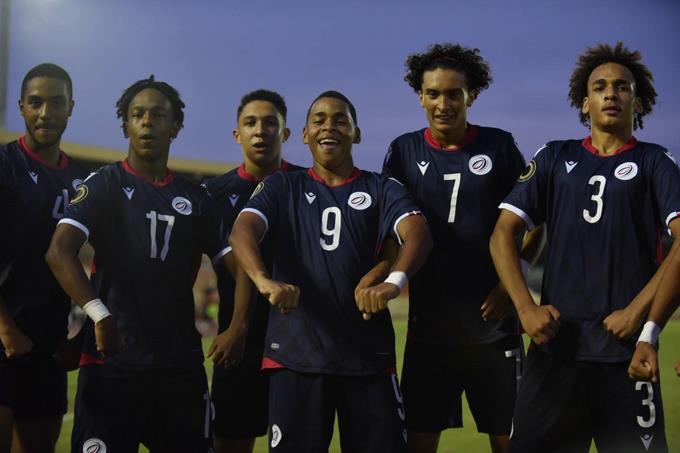 Dominican soccer intends another great blow. Now the cannons are heading for the Concacaf under-17 championship, with an army ful

Dominican soccer intends another great blow. Now the cannons are heading for the Concacaf under-17 championship, with an army full of Europeans who seek to demonstrate their destructive arsenal towards the “Peru 2023” World Cup from the qualifying round.

The window of the Dominican Republic (group C) is played at the Félix Sánchez Olympic Stadium, in the Capital. It competes against Saint Kitts and Nevis, the Cayman Islands and Dominica, where the national flag should go to the pre-world event in Guatemala without much trouble.

If one characteristic defines the four “extra community” players, it is that they can move dangerously on each of the offensive flanks, with which the National Team will give rivals at the highest level of the category a lot of water to drink.

The scout Elimelec de los Santos praises each one of those summoned. “They are very unbalanced players, with a great offensive vocation”, highlighting above all the great goalscoring talent that Peralta possesses, who plays in the Juvenil A of Spanish Getafe.

Regarding Peralta Paulino, of a Dominican mother, it is already highlighted that he was the Pichichi of his category last season, and he makes his way like a titan with his eight goals in 29 games (23 starts), because in about two years he would be at the doors to jump to LaLiga.

De Lucía also has a great future in the youth teams of the “Vecchia Signora” of Serie A. “He is a player with a great presence in the area, who can score many goals,” says De los Santos.

Finally, and who does not cease to attract attention, is Nicolás Cruz, a defender who has shown a good level with FC Damm, from Spain, where he returns this year after passing through the Barca Academy in the country, according to reports from Elimelec.

“When the river sounds, it brings water”. Very few times like this case could that phrase be applied in the case of winger Martín Sapeg (Dominican mother), whose signing was directly indicated by Carlo Ancelotti, Real Madrid coach.

The historical Italian DT saw the complete game that Sapeg has, of speed, great dribbling and the power of a missile. Sapeg’s talent does not abound in midfielders, hence his exceptional value.

Sapeg comes from scoring 11 goals with just 15 starts, plus twelve coming on as a substitute. He has a great resemblance to Vinicius Junior’s game, with a great ability to unbalance in the shooting area.

The entire arsenal that this very well-endowed midfielder possesses, even though he is a diamond in the rough, has settled him in the White House with a contract extension until 2025… and it is no small thing.