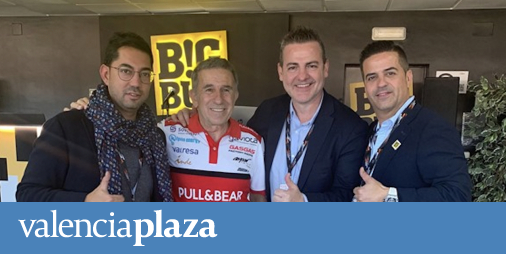 VALÈNCIA (VP). The Valencian company BigBuy joins the Circuit Ricardo Tormo family, with a sponsorship agreement that they have premiered in the m

VALÈNCIA (VP). The Valencian company BigBuy joins the Circuit Ricardo Tormo family, with a sponsorship agreement that they have premiered in the most important event of the year: The MotoGP Grand Prix Motul de la Comunitat Valenciana. This is the last event of the season of the Motorcycle World Championship in which the farewell to Valentino Rossi, the MotoGP legend, has been seen.

In the words of Salvador Esteve, CEO and Founder of BigBuy: “As a Valencian company, we are very happy to join our brand to the Ricardo Tormo Circuit, we share with them the enthusiasm for speed, technology and international projection that we use to accelerate ecommerce business to our partners and customers”.

The company has had a great attendance in its VIP box this weekend, in which they have received different personalities from the world of business, banking, media and institutions, as well as BigBuy’s own workers. According to Salvador Esteve: “We opened a box at the Circuit Ricardo Tormo with great enthusiasm and it has been a real success in attendance. We have been able to share with all our workers, partners, media, etc. what it means for us to be the happiest company in the world ”.

During the weekend they had the presence of personalities such as the Minister of Education, Culture and Sports, Vicent Marzà, the President of the Mediterranean Marketing Club, Marta Iranzo and the Director of the International Club of the Chamber of Commerce, Luz Martínez.

The VIP box was also visited by renowned figures within the world of sports, such as Jorge Martínez “Aspar”, the Valencian legend three times world champion in motorcycling, and Gonzalo Gobert-Cézanne, General Director of the Circuit of the Valencian Community Ricardo Tormo. The Director of New Business Development of the Valencia Football Club, Carlos Grafiada, and the President of the CD Olímpic de Xàtiva, Anuj Gupta, did not miss the appointment either. 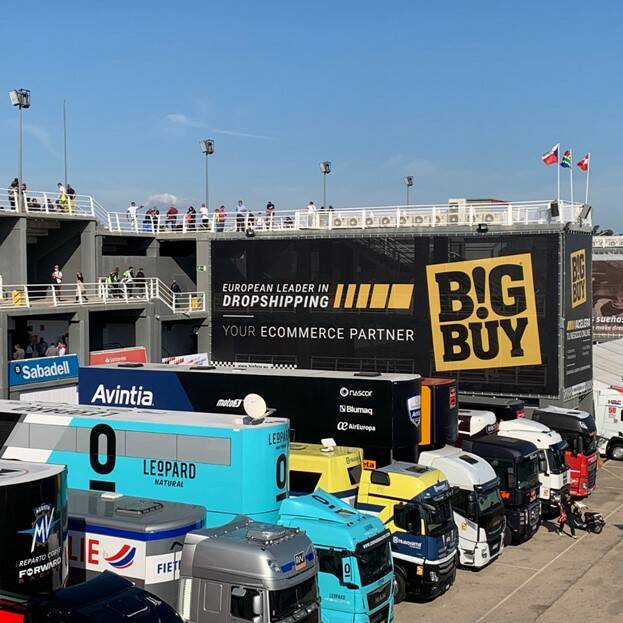 Other guests to highlight were several representatives of financial entities such as Miquel Sanchis and Máximo Fernández, and hospitality entrepreneurs such as the Aliño brothers from Grupo El Alto.

The event featured the company’s great catering and an exclusive bar from the Artesanos del Vino company, which offered their Cava One and 24K. As a culmination, the guests enjoyed the “afternoon” with DJs and drinks.

The Marketing Director of Circuit Ricardo Tormo, Nicolás Collado, has been “very satisfied” with the agreement. “BigBuy is a technology partner and a leading company that will see its values ​​associated with those of motorsport and motorcycling, passion, competition, sport after all. He is a great ally for Circuit Ricardo Tormo ”.

BigBuy is a wholesale platform specialized in supplying products, logistics and technology to customers who sell through the online channel. As in the motor world, the ecommerce and digital sector moves at great speed and at BigBuy they feel very identified with this dynamism, explains Salvador Esteve, CEO and Founder of BigBuy.