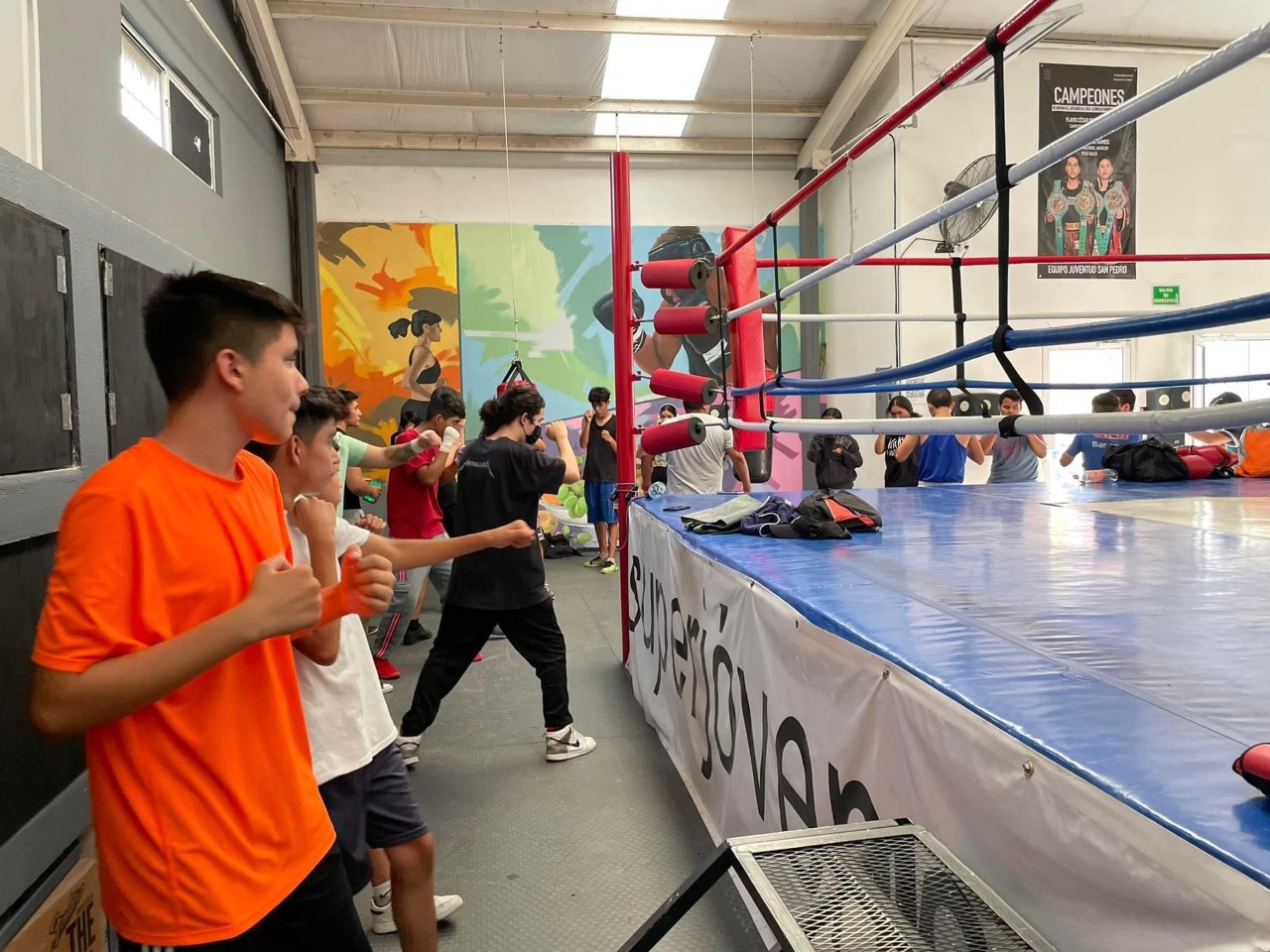 San Pedro Garza.- The promoter The Boxing Showcase describes as formidable the opening of Boxing Week this Monday afternoon/evening at the facilit

San Pedro Garza.- The promoter The Boxing Showcase describes as formidable the opening of Boxing Week this Monday afternoon/evening at the facilities of the Youth Institute of the municipality of San Garza García, Nuevo León.

Boxing Week is part of the social work activities (such as the fight against violence against women and bullying), promoted by the promoter directed by José Miguel López in the different squares where it is presented.

In what marked the inauguration of Boxing Week on Mexican soil, there was a large participation of children, youth and adults, both men and women, which heralds the success of the activities that close on Saturday with the show “La Silla Fight Night that will take place at the Showcenter Compex.

On this first day, the local boxer Bryan Hernández offered a motivational talk to the large audience; Sergio Salinas Carballo, director of the local Institute of Physical Culture and Sports, attended as host and witness of honor.

After the intervention of Bryan Hernández, the participants received an introductory class, exercises and basic postures of the noble discipline.

Professors Salvador Martínez, Jesús Isaac Mateo, Jesús Picazo, Eduardo Treviño, Gael Chávez and Miguel Rodríguez (“Coralillo”, from the famous reptile dynasty: “La Víbora” and “La Boa”) showed them how to stand up, put the guard; they hit the straws, the sack and they also “made a shadow” practicing the main boxing blows.

This Tuesday, Boxing Week will continue from 6:00 p.m. to 8:00 p.m. at San Pedro 400, which is located at Avenida Clouthier and División del Norte S/N, Colonia Ampliación Valle del Mirador. The promoter will give tickets to attendees so that they can attend this Saturday 16 to the Showcenter Complex, where the exclusive tournament for rookies, Big Belt Championship, will be launched, which in this its second edition will share the venue between Mexico and the United States.

Tags: Alicia Salgado, mario gonzalez, CDMX
CDMX will host the 59th Convention of the World Boxing Council
The NBA has already defined the game for its return to Mexico
Where can I play soccer? Check out these schools for children in CDMX
BOXING 3590