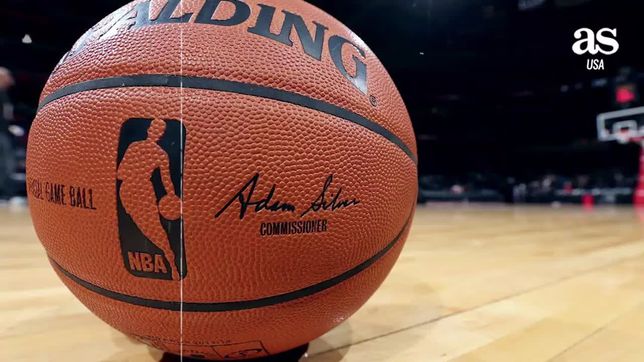 The 75th anniversary season of the NBA is about to end after three games played in the NBA Finals and in AS we show you a small summary of the most important events of the campaign.

One of the records set this season was the number of players who scored 50 points or more, as 14 different basketball players achieved it. Brooklyn Nets point guard Kyrie Irving and Minnesota TImberwoolves center Karl-Anthony Towns had the most points with in a game this season with 60 points.

Gregg Popovich, coach of the San Antonio Spurs, became the coach with the most wins in the regular season when he got the number 1,336 on March 11 when his team beat the Utah Jazz. At the end of the season he reached 1,344. What’s amazing about Popovich’s accomplishment is that he did it with just one team, as former record holder Don Nelson had 1,335 wins with the Bucks, Warriors, Knicks and Mavericks.

Another mark broken in the 2021-22 campaign was the most triples made in a player’s career. Warriors guard Stephen Curry hit his 2,974th three-point shot during the game against the New York Knicks on December 14 to beat the historic Ray Allen’s 2,973.

During All-Star, the NBA honored the 75th anniversary team with an all-star halftime ceremony. The legends received jackets with the anniversary logo embroidered on the chest.

In the game, Stephen Curry and LeBron James took the spotlight. The Warriors point guard set the record for most 3-pointers in an All-Star Game with 16 shots and ‘The King’ hit the game-winning basket to give Team LeBron the victory.

YOU MAY BE INTERESTED: Lakers disappointed Jayson Tatum in the 2017 NBA Draft

The internationalization of the NBA is at its highest point since the record for the most international basketball players was established with 121 from 40 different countries. Among the foreigners that stand out are three members of the All-NBA first team of the season: the Serbian Nikola Jokic, who was also the MVP of the season, the Slovenian Luka Doncic, and the Greek Giannis Antetokounmpo. In addition, the Cameroonian Joel Embiid was the leading scorer in the league and the Frenchman Rudy Gobert, the best rebounder in the league.

The Boston Celtics and the Golden State Warriors are fighting for the Larry O’Brien trophy, but their path to the NBA Finals was not easy. The Celtics had to beat the Brooklyn Nets, Milwaukee Bucks and Miami Heat to gain access, while the Warriors beat the Denver Nuggets, Memphis Grizzlies and Dallas Mavericks.

NBA All Star 2022: Participants in the NBA All Star 3-point, dunk and skill contest
The good begins in the NBA: this is how the matchups of the “play in” tournament were
Denver Nuggets – Toronto Raptors live
NBA 2834