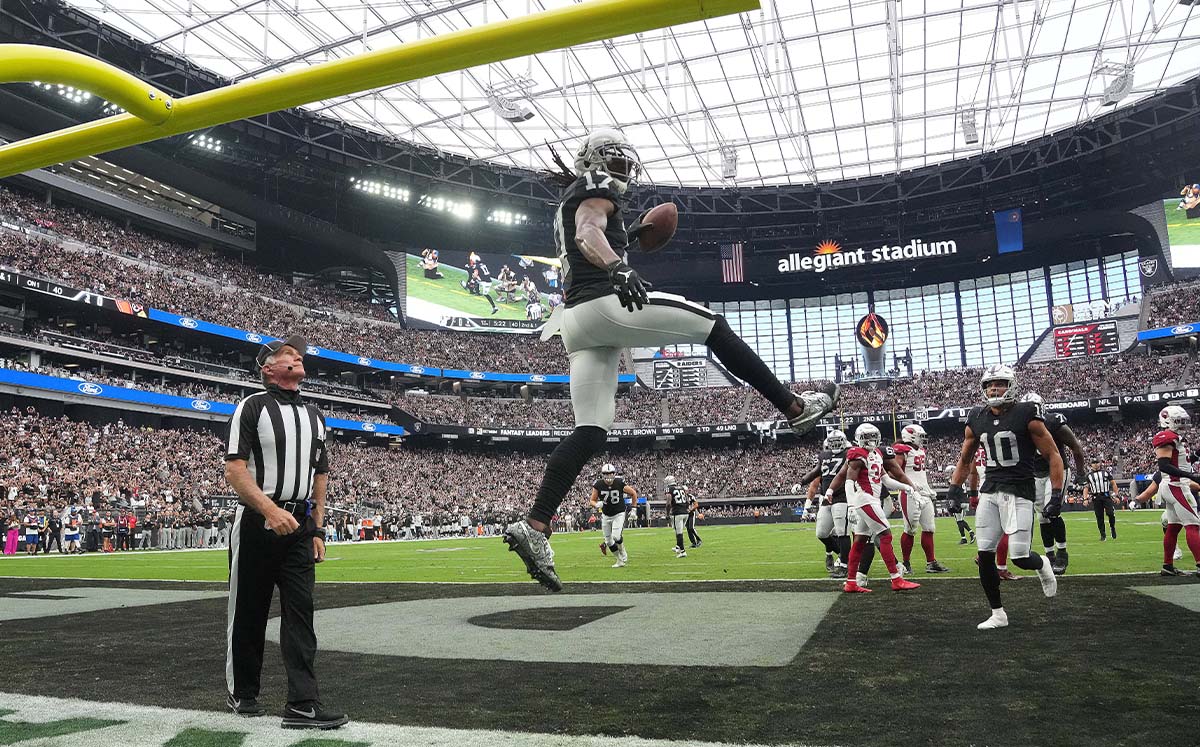 From looking unstoppable to ending up losing with a loose ball in overtime... And even an injured security guard because "he was ironed" i

From looking unstoppable to ending up losing with a loose ball in overtime… And even an injured security guard because “he was ironed” in the back. The opening game for the 2022 Las Vegas Raiders at Allegiant Stadium was a roller coaster of emotions for the nearly 60,000 attendees, who ended with a broken heart against the Cardinals with a score of 29-23.

The Raiders are of very marked contrasts, even “bipolar” could be pointed out to them. In the first half they showed signs of overwhelming dominance. The first offensive series was 15 plays to advance 75 yards, capping it all with a one-yard touchdown pass from Derek Carr to Davante Adams, the megastar arrival for this season and who for the second game in a row found diagonals.

With the score 10-0, the Raiders again moved the ball at will with an eight-play, nearly 60-yard drive, all through the air with Carr completing his second delivery into the promised zone, this time to tight end Darren Waller. Add to that a 55-yard field goal by Daniel Carlson and the game seemed on track with a 20-0 lead at halftime.

The second half was diametrically opposed for the offense of those in black and silver. Derek Carr missed the touch, very little of his main weapons and the running game with Josh Jacobs; his drives were getting shorter and shorter, and that inevitably wore down his defensive teammates because they had to spend so much more time on the field against Kyler Murray and company.

The Cardinals advanced 94 yards in just over 5 minutes with Greg Dortch, the receiver who has been a revelation those first two weeks, starring in the longest play for 29 yards and shortly after catching the ball for the touchdown that broke the zero of the visit .

Las Vegas’s lethargy with possession of the ball continued; in the entire second period they only added a field goal with Carlson and left everything in the hands of their defense, which once again showed signs of fatigue.

Arizona, without the injured James Conner in the backfield, turned to Darrel Williams and Eno Benjamin, the latter very active catching passes and the former signing the second touchdown. Kyler Murray made a spectacular two-point conversion valid with a play that lasted 20 seconds and we went to the final stretch with a touchdown difference.

Dramatic finish in Raiders vs Cardinals

​The last two minutes were practically played inside the Raiders 5-yard line, which when they seemed to come out of the mud, they themselves fell back due to infractions. With the clock at zero, Kyler Murray had the rushing touchdown that made it 23-21. By regulation, Arizona was allowed to seek a two-point conversion.

The stadium was crazy, bells ringing, the word “Defense” in the throat of nearly 60,000 spectators, all standing for the last play. Murray found AJ Green in the diagonal and it was the review of the officials that corrected the call to give it good. Tie 23-23 and we went to a supplementary madness.

The Raiders stopped Arizona on fourth down near midfield. The Las Vegas offense got a first fumble scare from Hunter Renfrow which they miraculously recovered to keep the drive alive, but again the wide receiver fumbled and the Cardinals returned him to the end zone.

The incredible thing is that there was controversy even when the players walked through the locker room, since the television shots showed that Byron Murphy Jr seemed to have dropped the ball before going into the end zone. No one in the crowd moved from their seats, but the referees found no irrefutable proof, holding the winning touchdown for the Cardinals to a raucous booing from Raiders fans, who have started the season with two losses.