Suspended the third day of the Greensboro PGA by storm 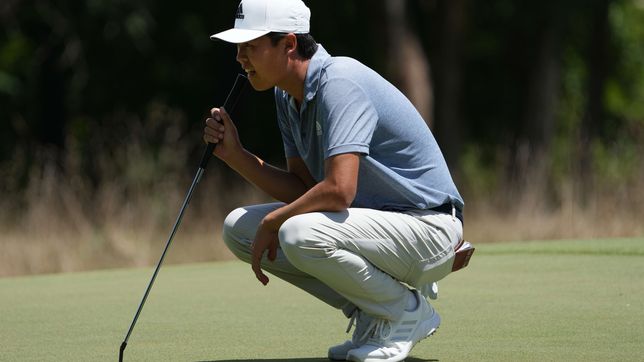 The American Brandon Wu and the South Korean Im Sung-jae shared the top of the Greensboro PGA golf tournament in North Carolina this Saturday, duri

The American Brandon Wu and the South Korean Im Sung-jae shared the top of the Greensboro PGA golf tournament in North Carolina this Saturday, during the dispute of the third round, when the event was suspended due to a storm.

Wu had brightened up the gray day with an eagle before play was stopped at the US PGA Tour Wyndham Championship. The American, a 25-year-old rookie seeking his first PGA title, was tied with South Korea’s Sung-Jae at 12-under, both through 11 holes when play was suspended on a day that saw two delays for the bad weather.

Officials had hoped to resume in time to play another hour at Sedgefield Country Club, but those plans were scrapped because storms remained over the Greensboro, North Carolina area. For his part, Sung-jae, who won the most recent of his two PGA Tour titles at the Shriners’ Children’s Open last October, started the first day as the leader and hit three shots on the front nine with a birdie nine. feet in the third. He reached 12 under par with a five-foot birdie on the 11th hole when the event was called off.

The Spanish Rafa Cabrera Bello was able to complete the round and is in 66th place with 209 strokes (-1) after a third round with 72 (+2). Colombians Sebastián Muñoz and Camilo Villegas did not make the cut on the second day.

Two curious stories of Daniel Berger and his golf clubs
Rahm remains fifth in the world golf rankings
RBC Heritage: Varner III is the leader in the third round
GOLF 1532