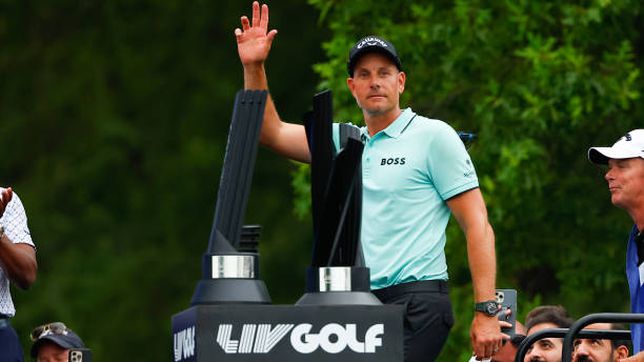 Stenson played solid golf in the three days of the tournament in Bedminster (New Jersey) and this Sunday his arm did not shake and he finished with two under par, which allowed him to seal the victory despite a brilliant round by Wolf, who delivered a card of 64 impacts, seven under par.

The Swede managed three ‘birdies’ for a single ‘bogey’ and finished the tournament with a cumulative 202 strokes.

The Mexican Carlos Ortiz finished his tournament in fourth position, the result of an accumulated eight under par.

His round this Sunday ended with three under par.

Sergio García was the best Spaniard and finished with a total of -4, while Eugenio López Chacarra and David Puig did not exceed three and nine over par, respectively.

It was not a good tournament for the Mexican Abraham Ancer, who finished with an accumulated eight over par.