Tapia: “In England I realized that football was my thing” 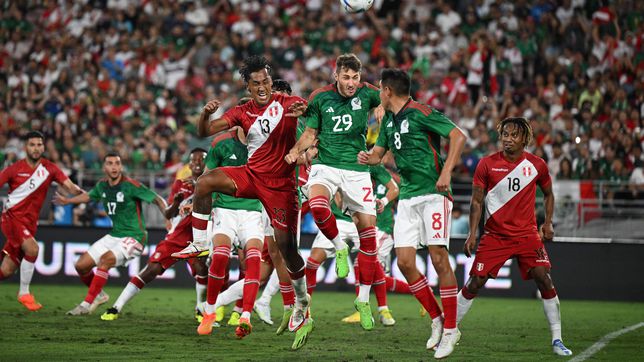 Hours after he played the 90 minutes in Peru's defeat (0-1) against Mexico, Celta published an interview with Renato Tapia conducted by the club's

Hours after he played the 90 minutes in Peru’s defeat (0-1) against Mexico, Celta published an interview with Renato Tapia conducted by the club’s official media. The Lima midfielder reviews his career and talks about his life in Vigo. He arrived in the olive city in the summer of 2020, has a contract until June 30, 2024 and hopes to celebrate next year’s celestial centenary in a big way.

Beginning of his career: “At the age of 15 I was able to play my first South American with the U-17 team. Then I had some tests in England and there I realized that it was my thing. I liked it and wanted to make a profession out of it.”

Signing for Celta: “I was at home, it was going to be my birthday soon and they called me to see the opportunity to join Celta. My contract with Feyenoord had already been fulfilled and I did not hesitate. Celta was a club with a very nice project, with a very good fan base and those things really caught my attention. I arrived a day before my birthday and signed. These are days that have marked a lot of life”.

Adaptation: “Since I arrived, Hugo Mallo opened the doors of the club to me and taught me a little about what the club was like and how it worked. At that time we were in A Madroa. I was very happy with the reception and I was able to adapt very quickly”.

Vigo: “What I like the most is the fact of living on the beach, it makes you wake up totally different. When you get up you have a coffee looking at the horizon and being calm”.

Iago Aspas: “He is a crack. He knows everything about all the topics of football. He is for sure in my top-5 of players I have played with.”

Figures of Real Madrid who have passed through America
Chucky Lozano scored a double, in the activity of Mexicans in international soccer
Football in mourning: Milan legend and former Real Madrid goalkeeping coach dies
FOOTBALL 4292