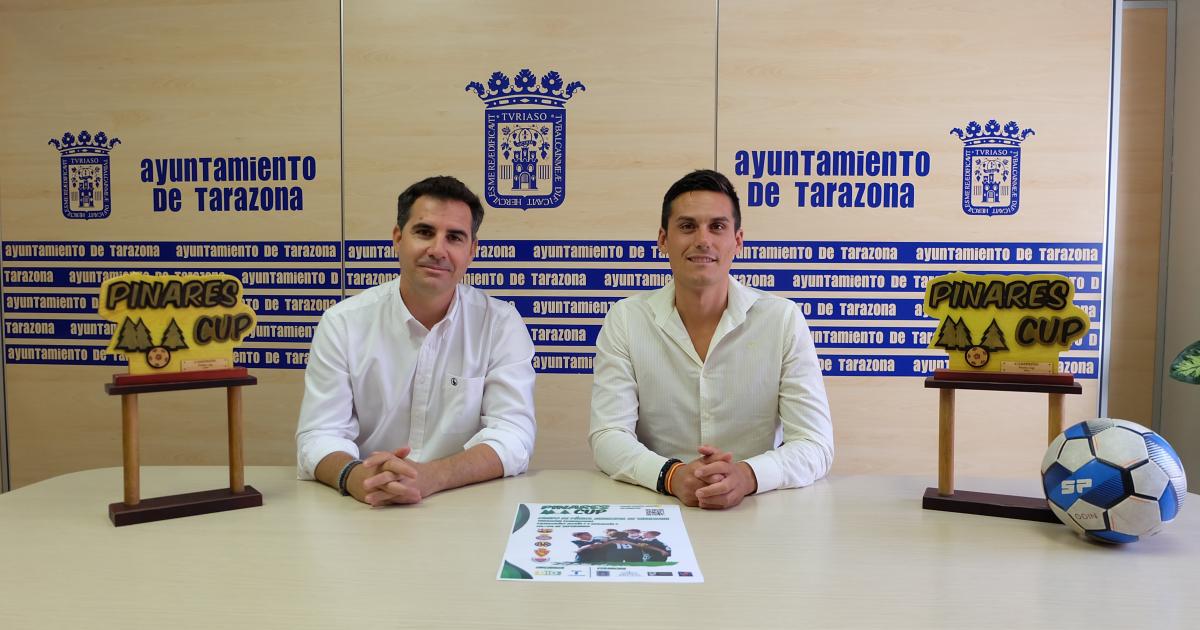 Tarazona hosts the next September 2, 3 and 4 the Pinares Cup, a grassroots soccer sporting event which will bring together more than 500 young people from 32 teams from different autonomous communities in the town.

The Councilor for Sports, Pablo Escribano, and the director of the Pinares Cup, José Luis González, presented this Wednesday morning the details of this event, which is organized by the City Council and the Association for the Integral Development of the Athlete.

In the soccer field of the Municipal Sports Center the matches in the Alevín and Benjamín categories will be played on the first weekend of September. Among the participating teams, the presence of FC Barcelona, ​​RCD Español, Real Zaragoza, Villareal, Numancia, or SD Tarazona, host of the event, stands out.

Escribano highlighted that “Pinares Cup is the main sporting event in the city because it receives around 2,000 visitors who spend the weekend in Tarazona and the region, with economic repercussion in the services, hotels, restaurants and commerce sectors that directly benefit from this type of activity”.

This competition – he added – is one more of the “exceptional” sporting events that have been organized in recent years in the town of Zaragoza, such as the international handball tournament, the competition for autonomous basketball, the rugby tournament, the triathlon of Tarazona or the Vuelta Ciclista a España sUB-23, an activity in which this year Tarazona will be the end of the stage.

For his part, González pointed out that “all fans will be able to follow the Pinares Cup at ‘live.pinarescup.com’, the website that shows the results in real time, video summaries, interviews and discussions”. Before concluding, he thanked the City Council and the city of Tarazona for their collaboration.

Tags: grassroots football, Tarazona, quarries
Abel ‘Authentic’ Mina seeks to get into the Top 5 of Latin American boxing
who are the best players of the season
The best memes of Ibai’s Year 2 Evening: Bustamante’s defeat, the incredible fight between Ari and Paracetamor…
FOOTBALL 3662

Loading...
Newer Post
Today he is an F1 figure: as a child he asked for Juan Pablo Montoya’s helmet and Schumacher’s gloves
Older Post
Which NBA players play in the Eurobasket?