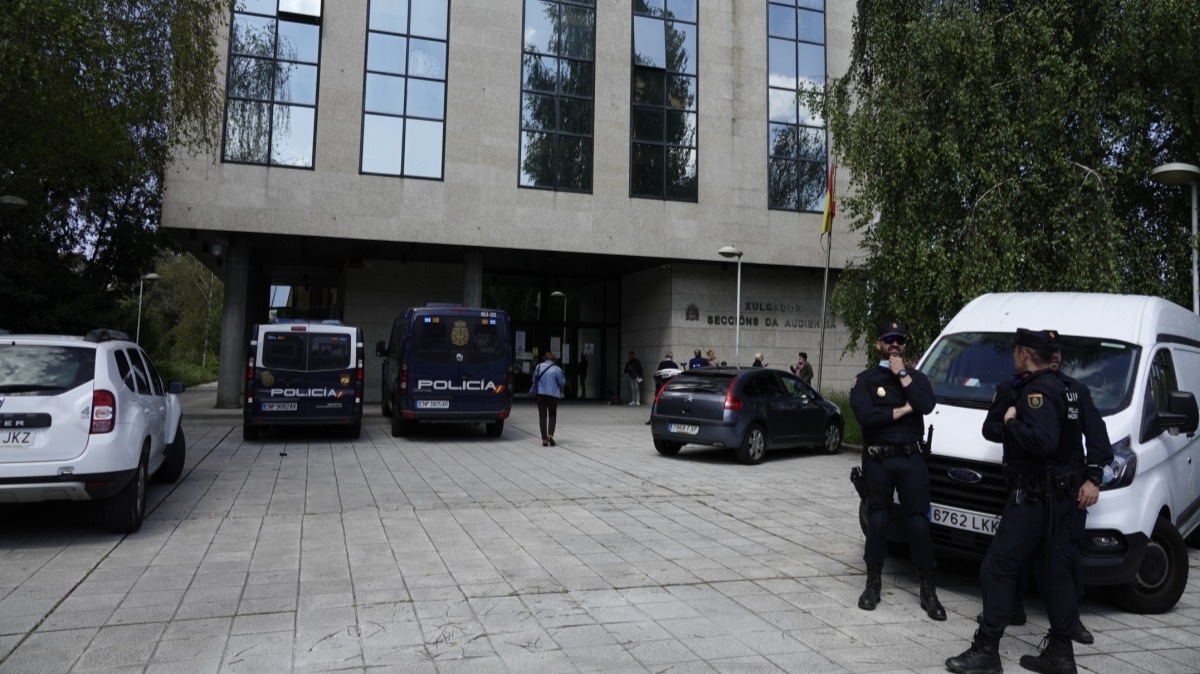 Yesterday, more than a dozen police officers, from the UIP and UPR, in addition to agents from t

Yesterday, more than a dozen police officers, from the UIP and UPR, in addition to agents from the UVEX and the Autonomous Police, shielded the premises of the Court of Violence against Women and access to the building during the statement for an alleged crime of threats by the former boxer Roberto Domínguez towards his ex-partner, arrested last Friday and who was released with a restraining order through telematic control pending trial, judicial sources reported.

The former fighter had been arrested on O Vao beach after jumping into the water to avoid the police after the altercation. He was transferred to the Álvaro Cunqueiro Hospital with symptoms of hypothermia and later admitted to the Psychiatric unit and once discharged he went to court, where the magistrate herself requested a police presence, due to the state of nervousness in which he was found. Up to seven police officers had to be present to avoid incidents.

Yesterday, he had been summoned to testify before the Court of Violence against Women. According to sources in the case, he had made alleged death threats to her ex-partner, with whom he has a daughter and, although a restraining order was placed on her, she would have been allegedly broken shortly after. Again, the court notified the Police, “because he was very upset.” Thus, an unprecedented police device was launched to avoid not only confrontations but also a possible escape. In fact, the court placed a telematic control ankle bracelet on the suspect, but ripped off part of said device, forcing him to get a new one before he was able to leave the building on Lalín Street, where he remained during the entire investigation. morning. Domínguez rebelled against this type of control and right there assured that he would break it again, although he indicated that he would leave Vigo and was especially indignant that they limited his approach to his daughter. The device was maintained since the complainant was also in the premises, accompanied by the agents who give her protection.