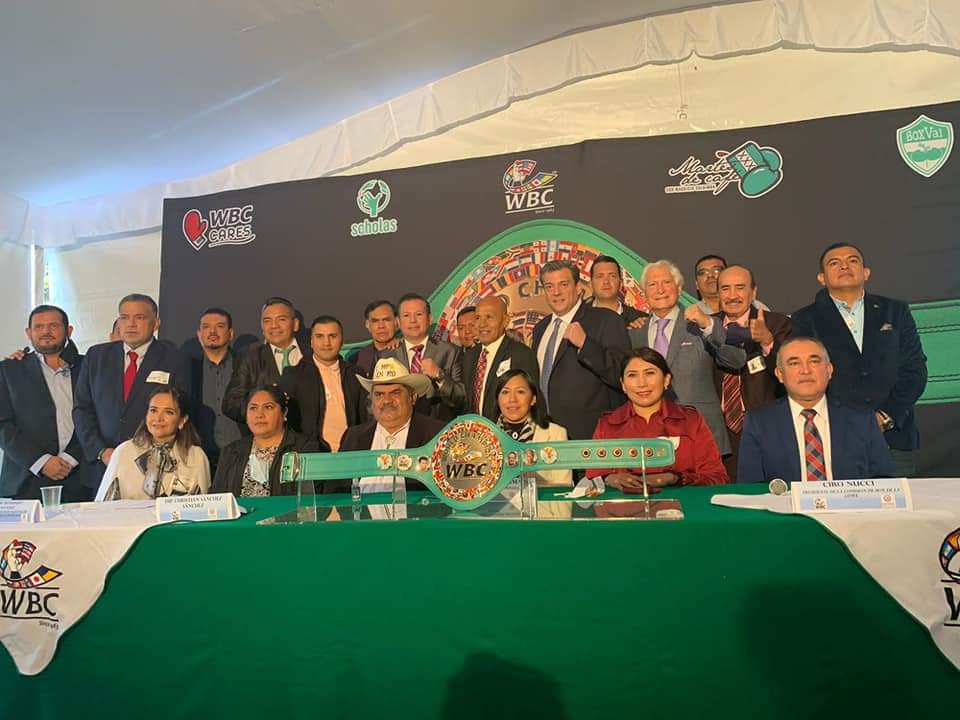 * Huastecos mayors meet with the President of the CMB Mauricio Sulaimán,

* Huastecos mayors meet with the President of the CMB Mauricio Sulaimán, agreeing on tourism promotion projects

They will embody tének embroidery on a belt of the World Boxing Council, this proposal was made by the President of the WBC, Mauricio Sulaimán, after holding a meeting with the Huastecan mayors in Mexico City.

The President of the World Boxing Council, Mauricio Sulaimán, pledged to support tourism promotion activities, after attending a round table held by the Municipal Presidents with legislators from the Green Ecologist in the Congress of the Union.

The mayors presented him with various tourism promotion projects, to which he responded favorably.

With the aim of publicizing the cultural richness of the Huasteca Potosina, Mauricio Sulaimán, presented an initiative so that the WBC belt (for its acronym in English) be designed with tének motifs and / or embroidery.

Presenting even one of the belts that this representative image of the native peoples could wear.

They also took the opportunity to put on the table the issues related to the allocation of the budget for these demarcations. The Huastecan mayors agreed that the projects that are required for the municipalities, hence the need to manage more resources.

At the end of the work tables with federal legislators, a cultural and gastronomic demonstration was held in the Congress of the Union.

More details of the project that was agreed with the President of the World Boxing Council will be announced shortly.

We will continue to inform.

‘El Nica’ appeals to his intelligence and experience to be crowned champion in Ukraine
Summary and results of the Canelo – Plant: unification of the super middleweight
Ferro’s boxing had its representation in Saladillo and plans its own festival
BOXING 893