Tenerife presents its circuit to the motor world 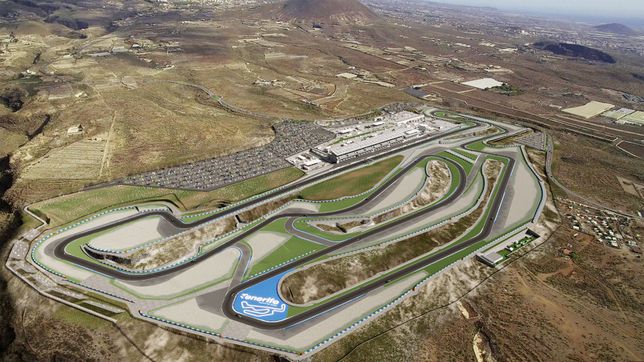 The Cabildo de Tenerife yesterday presented a project to build a circuit on the island: The 'Insular Motor Circuit'. + 1T and grade B + AT to be su

The Cabildo de Tenerife yesterday presented a project to build a circuit on the island: The ‘Insular Motor Circuit’. + 1T and grade B + AT to be suitable for F1 and MotoGP training respectively. “We already have the final approvals for the project, the specifications for the contracting of the works and the budget item as well”, added Enrique Arriaga, first vice president and island councilor of the Area of ​​Roads, Mobility, Innovation and Culture of the Cabildo de Tenerife. In the future they hope to have the maximum homologation.

The route will be built in Granadilla de Abona, near the Tenerife airport. The work will be carried out in two phases. A first in which the basic part of the circuit (the track, boxes and basic accesses) will be built by the Cabildo de Tenerife. In the second phase, the circuit manager will finish the rest of the facilities. The budget for the island circuit is estimated at 48 million euros and it is expected to be ready for use in 2027.

The Ferrari driver, Carlos Sainz, was part of the presentation of the circuit. The Madrilenian liked the layout after visualizing a recreation of what the island route will be. “The layout is incredible. It has three particularly cool curves. I want to try it and I hope it will be very soon”, said Sainz. He even made an idea of ​​the maneuvers he would do if he drove his Ferrari in this place. “I would put the DRS on the finish straight and the back straight, which has a little left corner. That thoroughly, in Formula 1 it would be thoroughly easy” he pointed out.

The layout will have a distance of 4,068 meters in length, will have 16 curves (11 to the left and five to the right) and with the particularity of being a circuit in an anti-clockwise direction. The main straight will have an extension of 819 meters and has some very interesting elevation changes, as shown in the simulation offered to the public in the presentation. In the circuit it will be possible to reach maximum speeds of 320 km/h and minimum speeds of 95 in the steepest curve for cars and in the case of motorcycles the speed range ranges between 315 and 80 km/h.

Carlos made special mention of Checo in this act since the Mexican was very happy for the victory of the man from Madrid at Silverstone, the first of his sports career. “Well, ‘Checo’ telling me ‘Damn, man, how nice to share the podium with you in your first victory. You deserve it, bastard ”, Sainz commented while he imitated the one from Red Bull. The Spanish rider explained that winning in Silvestone is a moment that he will never forget, especially because many rivals, former teammates and people in the paddock were happy for his victory.

Mario Herreruela gets a 14 in the EVAU, the highest grade in Spain
Mercedes confirmed the production of its super car for 2022: it has an F1 engine!
MOTOR SAPIENS: Checo vs Max and state of F1 heading to Imola
FORMULA 1 1968