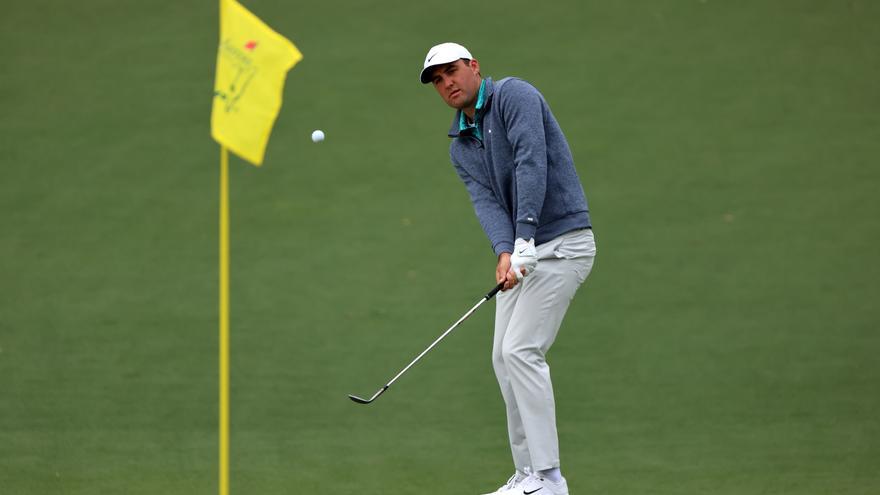 The American, first in the standings, accumulates -19, for the Basque’s -13

The American Xander Schauffele and the spanish Jon Rahmwith a second round of 63 hits each, increased the pressure on the also American this Friday scottie scheffler, leader, who delivered a card of 66 hits and saw his margin over his pursuers reduce. Scheffler, number one in the world, accumulates -19 and two shots ahead of Schauffele (-17) and six over Rahm (-13) who was the protagonist of an excellent second round at the East Lake Golf Club in Atlanta (Georgia).

This tournament closes the PGA calendar and brings together the thirty best golfers on the circuit, who fight for the FedEx Cup title. It is a three-round event that concludes in Georgia after the stages of St. Jude and BMW Championship, with a number of participants that is cut from 125 to 30 this week. Scheffler, who had an excellent season and was champion of the Augusta Masters, was rewarded by the tournament with strokes of advantage, as well as the other participants, depending on his results during the course. Thus, Scottie Scheffler, who is leading the FedEx Cup standings, started the Tour Championship with -10, Patrick Cantlay (second) started with -8, Xander Schauffele (fourth) started it with -6.

After -5 on the first day, Scheffler had a solid round and delivered a card of 66 strokes, four under par, the result of four birdies and no bogeys. But Schauffele and Rahm did even better, with a seven under pair that relaunches them in the fight for the title. Schauffele started with a ‘bogey’, but went from less to more and sealed his round with an ‘eagle’ on the eighteenth hole that was added to another six ‘birdies’. For his part, after the -3 on Thursday, Rahm achieved eight birdies for a single bogey and stormed the third position. Discussing his chances of success, Rahm acknowledged that he’ll need to hold his own and wait for Scheffler to make a mistake. “It is very likely (that he will need to repeat rounds of this type), I will need to play very well, with a high level of golf, and it will take some error from Scottie. It is not impossible, but I have a little bit to catch up with him,” Rahm said at the end. your round.

The Chilean Joaquín Niemann fell from fourth to sixth place, who delivered this Friday a card of 67 strokes, three under par, after the magnificent six under par of the opening day.

The Tour Championship puts the finishing touch to a very convulsive, difficult season full of questions on the PGA Tour due to the irruption of the controversial Saudi Arabian LIV Golf. With significant economic incentives for its players, LIV Golf aspires to organize a circuit that rivals the quality and prestige of the US-based tour. In May, the PGA Tour denied permission for players on its circuit to compete in LIV Golf, which led to disciplinary measures and the abandonment of the PGA Tour on the way to LIV Golf by golfers such as Spaniard Sergio García, Dustin Johnson, Phil Mickelson, Ian Poulter, Lee Westwood, Brooks Koepka, the Mexican Abraham Ancer or Louis Oosthuizen, among others.