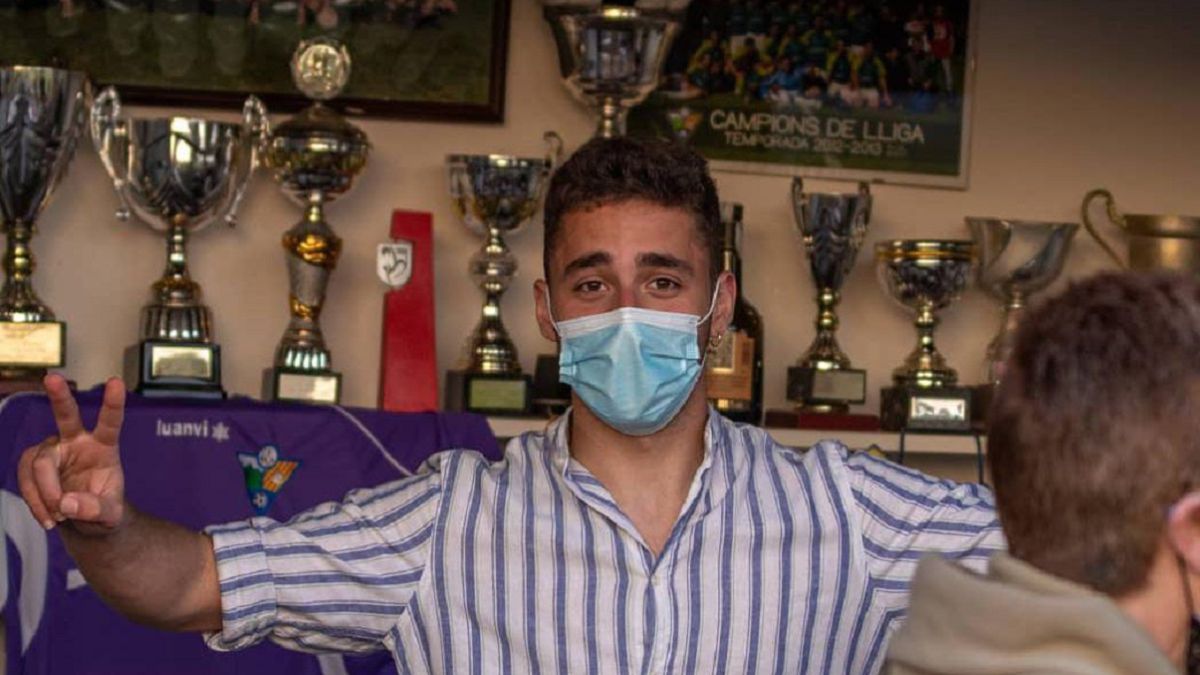 While reviewing the notes for the degree in History, which he is studying at the University of Girona, Blai Moliner heads down the carrer de Giron

While reviewing the notes for the degree in History, which he is studying at the University of Girona, Blai Moliner heads down the carrer de Girona de Maià de Montalt, passes by the Ernest Lluch swimming pool (the politician assassinated by ETA is buried a few meters away) and goes to the Municipal Camp, where since last October 12 he is the youngest president of Spanish football. He is 18 years old. There may be others his age, but no one younger, since that is the legal period to be able to preside over a football club.

Maià de Montalt is a small town that lives off “agriculture” of just 300 inhabitants that in 2015 saw its only soccer club disappear. The majority of young people passionate about soccer had to emigrate to the neighboring towns, such as Moliner himself, who was a goalkeeper and played for Besalú, Olot and Banyoles, although “I always went to see the first team of Maià, I was disappointed that they disappeared. I promised that when I turned 18 I would be the president”.

So it was. Moliner brought together a group of friends and former managers and all of them are in charge of keeping afloat a single amateur team that plays in Cuarta Catalana (the lowest). “We have very established roles. The treasurer takes the economic issue, we have sponsors although it cost us a lot and we are lucky that the field belongs to the City Council”, Explains Moliner.

His christening, yes, it was a nightmare. That October 12, one of the first team players, Ferra Duran, gave him three cardiac arrests during a match against Bescanó. The helicopter had to arrive to take him away and the game has now been postponed to January. “Now he’s fine, but it was a very difficult time.”

“People are surprised when I say that I am the president,” says Moliner, who is a fan of Barcelona and hopes over time to make the club a “more competitive” team and why not “have a youth team, although the population here is very aged”. At least, for now, he has helped bring football back in Maià and has become a precocious president. The most.

Lionel Messi: When could he make it to MLS?
Real Madrid and Barcelona no longer seduce their followers
Mexican National Team: Official call for the friendly against Chile
FOOTBALL 1139