Tevez returned to football: he played a special game in Ecuador – Soccer 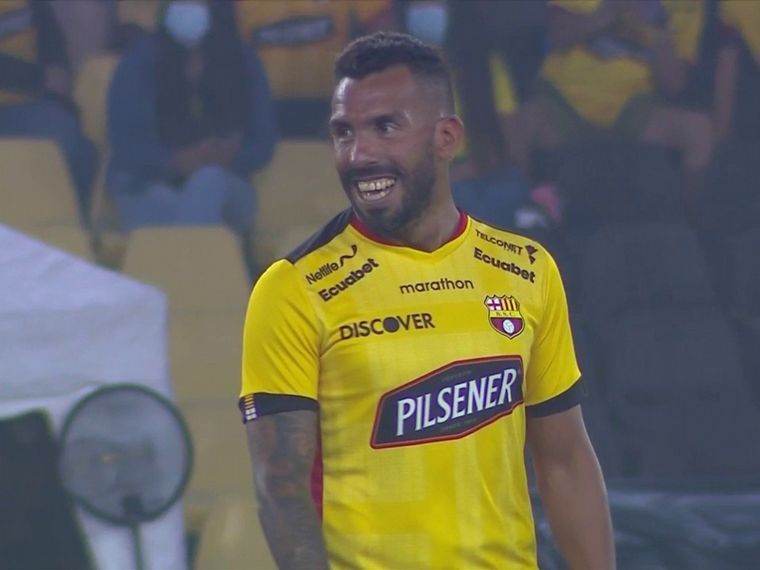 The Argentine Carlos Tevez returned to play since his departure from Boca Juniors and was the great attraction of the “Yellow Night” event organized every year by the Barcelona club of Ecuador before the start of the official competition.

The “Apache”, who will turn 38 next Saturday, joined the starting line-up of the local team and played 70 minutes of the friendly against Guayaquil City at the Banco Pichincha Monumental Stadium, which gave him a standing ovation when he was replaced by Edwin Valencia.

Invited by the organizers, the former soccer player for the Argentine national team entered the field of play like a boxer, hooded with a yellow robe, and played the match wearing number 97.

Barcelona, ​​led by Argentine Fabián Bustos, took the lead with a penalty kick scored by Damián “Kitu” Díaz from Rosario, but Miguel Parrales prevented the party from being complete with the final draw for Guayaquil City.

When 60 minutes had elapsed, the Barcelona coach consulted Tevez about his physical condition and the striker asked him to continue for another 10 minutes until his departure was finalized.

Ecuador has only one idol ???? @BarcelonaSC !
The #YellowNight #NA2022 has its great guest: Carlos Tévez goes out to the field of the Monumental de Guayaquil!pic.twitter.com/am2XuXSBId

The former soccer player from Boca, Corinthians from Brazil, West Ham, Manchester United, Manchester City and Juventus had not played since his retirement from the “xeneize” club, on May 31, 2021, after being eliminated against Racing Club on penalties in the semifinals of the Professional League Cup in San Juan.

During his stay in Ecuador, the Argentine admitted that he does not miss the routine of a professional player and hinted that his return to the courts will be “very difficult”, despite showing a very good physical shape.

?????? Carlitos Tévez participated in the “Yellow Night” of Barcelona in Guayaquil and that is how he returned to football eight months after leaving #Mouth pic.twitter.com/Jvh8piTPVG

He also took advantage of his time in Guayaquil to consider the controversy over with former Boca Juniors coach Gustavo Alfaro, who wished him qualification for the Qatar 2022 World Cup with the Ecuadorian team.

Tags: ECUADOR, Barcelona, mouth
Women’s Soccer: Barcelona and Real Madrid would break attendance record
The Spanish coach of the Ukrainian women’s soccer team is already in Barcelona
Tickets for the match against Barcelona are on sale
FOOTBALL 3177

Loading...
Newer Post
Young promise of boxing undertakes to finance his sports career
Older Post
VIDEO: UFC fighter Kevin Holland invites a “troll” who challenged him on the networks to a fight, pays his ticket and “lasts” him by submission