The 10 favorites for the NBA MVP 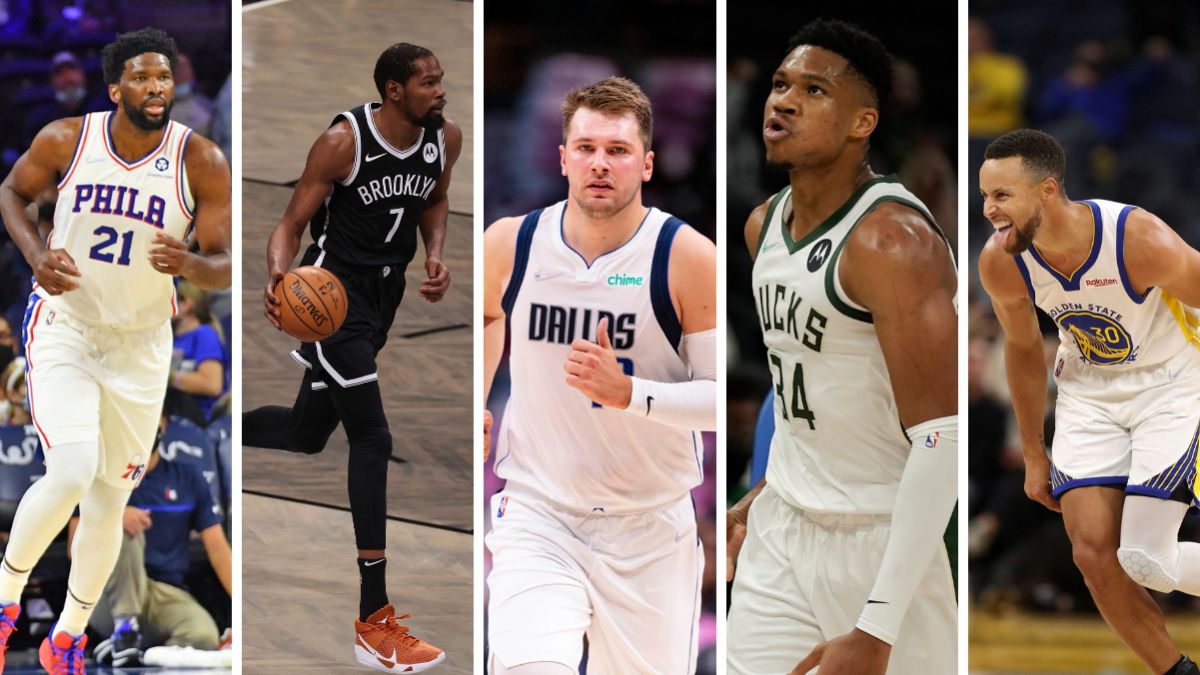 The regular league MVP is the most prestigious award a player can receive in the NBA. Almost all of the greatest in history have received it. In

The 10 favorites for the NBA MVP

The regular league MVP is the most prestigious award a player can receive in the NBA. Almost all of the greatest in history have received it. In some cases several times (Kareem has six, more than anyone else, Russell and Jordan five, Chamberlain and LeBron four …). A few days before the start of the new season, the bets leave a clear group of favorites, headed by the same player who, by this time, was already the first in the lists of almost all the bookmakers. Although Luka Doncic did not even manage to enter the three finalists of 2021 (he was sixth), the Slovenian is again placed as the top contender. In this case it seems that with four more powerful rivals and another five that at this point appear as lower-ranking alternatives. These are the 10 favorites:

Top favorite in all bookmakers. However, a few days ago the general managers of the 30 franchises placed him behind Kevin Durant in the race. Who has the greatest gifts as a pythoness? At the moment the Slovenian, already fully established in the elite of the league after finishing the last two years in the best quintet of the season, aspires to become one of the youngest MVPs in history. Without substantial changes to the Mavericks roster, his performance will once again be central to the aspirations of his team. A good Mavs season would catapult him to the award.

The best player who seems to be the best team and the highest contender for the title. If he plays at his level and the Nets live up to expectations, it will be difficult to snatch the award from him. Against him he plays having James Harden as a partner, which we will talk about later, and that this year only excellence is worth. Anything that falls below the outstanding, even if it ends in the month of June, would automatically subtract options.

After two MVPs in a row, last year he stepped off the podium. In return, he was MVP of the Finals and, of course, NBA champion. Surely the change did not affect him. What he also earned was the respect of the entire league, who finally did not dispute his importance as a leader and his winning spirit. Reinforced in what we all knew, even those who did not want to admit it, that he is one of the best players on the planet, this year he can fight again for the MVP. If he wins it, he will be at the level of Moses Malone, Larry Bird and Magic Johnson, and with only five players ahead in the historical classification. Almost nothing.

For many the best center in the league, he saw how last year he lost the award at the hands of … Another center (Nikola Jokic). His problems with injuries, which already took away the award of Rookie of the Year, they are his biggest enemy in this fight. Last season he missed 21 games, the previous one 22. There has never been a year that hasn’t gone without playing at least 18 regular season games. That’s a tremendous slab in the MVP race, almost 25% of the league not playing. If he can get rid of that burden, something difficult to assume at this point in his career, he will be as much a favorite as anyone else.

After a season, 19-20, with hardly playing due to a hand injury, the Warriors point guard returned last season to the best level of his career. A bold phrase considering who we are talking about, but which is sustained by numbers and sensations. Nevertheless, single it reached him to be third in the vote of the last MVP. IN the same situation as Anteto As for the number of awards (looking for his third), shortly after Klay Thompson returns well it is clear that the Warriors will finish above eighth place in May. If Curry plays the same again, he will discuss the award with all the law.

Eternal candidate who has not won the award since 2013. Two seasons ago he was about to get it, which would have put him on the same level as Bill Russell and Michael Jordan, but in the end Giannis took him. If he took it, he would do it at 37, which would make him the oldest player in history to get it (the record is held by Karl Malone with 35 in 1999). The truth is that although he continues to be decisive in the game, little by little other stars, some young and others not so much, are surpassing him in the collective imagination. Although he cannot be ruled out yet, it seems increasingly difficult for him to catch up with Jordan in MVPs.

The Serbian will defend the award from an always difficult position. Although Antetokounmpo did it just before he won, very few have managed to repeat two years in a row as MVP. The return of Jamal Murray, it seems that in January, can give the Nuggets a boost, which always helps a player nomination. In addition, Jokic has shown that what he did last season was not a flower of a day and it is to be expected that he will be at a similar level.

One of those players for whom it seems that individual recognition has always been a little below what he deserves. It is likely that you lack some regularity to be eligible for this award 100% and that your franchise will not help. Portland is a small market and the team, a regular in the playoffs, is never a real contender for the ring. Lillard threatened to ask for the transfer and wear a different shirt than the Blazers for the first time in his career, but finally things seem to have calmed down … For now. If you are still there, your options are narrowed.

In what will be his fourth season in the league, Trae appears for the first time in the top-10 prior to the start of the season. A special and different player, with an innate talent in attack, who despite his young age has proven to be a leader on the court capable of leading his team to the last finals in the East. In terms of classification, it seems difficult for the Hawks to take a step forward compared to last season (they were fifth). Individually, Trae has room for improvement. That this MVP comes to you a little early in your career? Can be. But we are without a doubt facing a potential winner in the coming years.

The beard he played one of the best basketballs of his career last year in Brooklyn. Few people remember the farce when he left Houston, because in the end if you play well (and he plays very well), that’s what remains. By basing him, Steve Nash made the most of his playing style on a team that doesn’t need to play everything that passes through its hands. He lowered his scoring production, which in the Rockets reached numbers from another era, but in return he became a team player who makes his teammates better. The problem with his candidacy is that he has Kevin Durant ahead of him and those are big words. And the danger for both, more for the forward than for him, is that at the time of voting they take votes from each other by representing the same team.

Detroit Pistons – Orlando Magic, live
NBA: The definitive explosion of Ricky Rubio: all star and contract with a view to the ring?
NBA: Denver Nuggets lost to Memphis with little from Campazzo
NBA 780

Loading...
Newer Post
MMA: Incredible! Connor McGregor travels to the Vatican and ends up in a fight with a famous Italian singer
Older Post
Melendo asks for football – Sport-Journal