The 20 podiums that Mexico has achieved in Formula 1 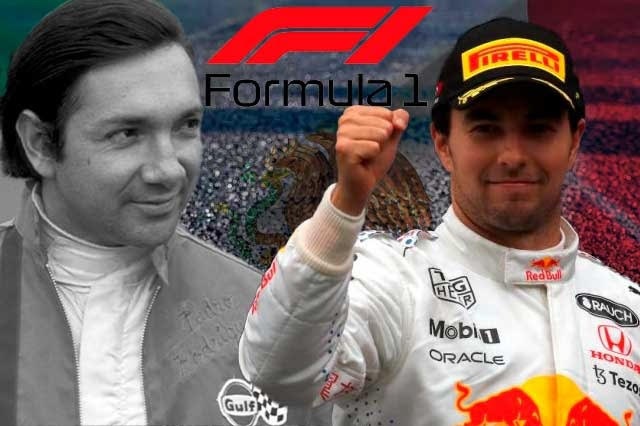 Mexico has a distinguished record within the Formula 1 and it is one of the 23 countries whose pilots have achieved victories in the maximum category of motoring, although only five Mexicans have run in it.

The Mexican podiums they have taken place on four continents and a total of 13 countries, within current tracks and some others that are no longer on the calendar. These accolades occurred in four different decades and ten different years, but only with two of the six Aztec pilots who have participated here.

Along the history, Mexico has had six drivers in Formula 1. However, only Pedro Rodriguez and Sergio perez they have managed to climb to a podium in the Big Top. With his third place in Istanbul, &#8216;Checo&#8217; gave the Aztec country its 20th podium in F1, while for him it is the third this year with Red bull racing.

Of Mexico&#8217;s 20 podiums in Formula 1, the top seven are from the great Pedro Rodríguez, the second best tri-color driver in F1 history and who never had a winning car. In this case, it was Rodríguez who forced his vehicles to be victors, which is why he is remembered around the world even though almost 50 years have passed since his death.

Four of the 20 podiums for Mexicans have been wins, while six are second places and 10 are third. Rodríguez finished in the top three on seven occasions in the 53 races he contested within Formula 1, six achieved with BRM and one, the first, was with Cooper-Maserati.

For his part, “Checo” Pérez has 13 podium finishes in his Formula 1 career. The Red Bull driver boasts a couple of victories in 207 Grand Prix disputed. Three got them with Sauber, five with Force India, two with Racing point and add three with Red Bull.